Tarot And The Zodiac Signs – How to Interpret

The Zodiac Signs and The Tarot

Everything old is new again, and Tarot is no exception. This ancient art has long been used to help people find direction in their lives or find a deeper meaning to understanding the path they are already traveling on. In actual fact, anything can be asked of the Tarot, and the answers it provides can be a useful tool for all facets of human existence; work, love, friendship, home are the more common areas Tarot is called upon. The popularity of the Tarot has stood the test of time. Read more about tarot and zodiac signs in this article.


Many people think of a gypsy-type woman with gold hoop earrings and a large crystal ball when thinking of Tarot. There is a thick velvet curtain, and one must enter the reading room through a beaded room divider. Often candles and lights are flickering. As fun as this would be, not many people read Tarot like this outside of Hollywood.

Today, Tarot is used by all sorts of people and no longer has as much of a stigma attached to it as it used to. With readings possible as little as three months apart, Tarot is used regularly by some people. (NB, it is not recommended to have a reading within a three-month period. Not enough time has passed for anything major to have changed since the last reading.)

A traditional deck of tarot cards has 78 cards, but there are decks with more cards available. There are a plethora of versions available, with different illustrations. However, the suits and their meanings are always the same. The deck is made up of the Major and the Minor Arcana. The Minor Arcana consists of four suits, Earth, Air, Fire, and Water.

Before a reading is performed, the cards should be ‘cleansed’ to rid the deck of anyone else’s energy. Commonly, this can be done by either burning sage over the deck or with a clear quartz crystal. Once the deck has been ‘cleaned,’ the person receiving the reading must shuffle the cards. The aim is to touch as many cards as possible to transfer your energy onto them.

The most popular way to use the Tarot is through the Celtic cross. Cards are laid out to be drawn and used to interpret various areas of one’s life. The cross consists of ten cards, and because of its sheer popularity, there can be a large variation in the placement of the cards.

Getting back to the more traditional methods of Tarot, the cards are as follows:

Tarot Cards and What they Represent

Tarot Card 3: represents the basis of the situation

Card 4: represents the past as it pertains to the situation

Tarot Card 6: represents the near future

Tarot Card 8: represents the effects of people around you

Card 9: represents your hopes and dreams

On a more basic level, Tarot can be used by asking a clear question and pulling out a single card as a means of an answer. If you require more information, three cards can be drawn, representing the past, present, and future.

Many readers believe if a card falls out of the deck once it is being used, that is a clear statement from your guides and should be interpreted as a card that you need to take notice of.

Some readers also believe if a card is drawn from the deck, its answer is amplified, and again, should be taken notice of.

Anyone can perform a Tarot reading, but to receive the most authentic guidance, it is recommended that you obtain a reading from someone who is trained in the art.

12 signs of the Zodiac

The 12 signs, also known as a horoscope, are Aries, Gemini, Cancer, Leo, Libra, Scorpio, Aquarius, and Pisces. The different signs of the zodiac present different characteristics and talents.

The word Zodiac means animal and refers to the constellations in the stars. The Zodiac belt is a circle within which the sun moves from month to month. As it travels, the sun transmits the energy from each constellation back to Earth. There are 88 constellations in the night sky, and over the course of thousands of years, people have cataloged and named them all. However, the 12 signs of the Zodiac are by far the most famous.

The 12 signs of the zodiac are also used to help people find a deeper understanding of themselves and their views on the world. Although the zodiac has 12 distinct signs, several contributing factors can influence a person’s personality. The location where one is born and the time have a strong effect on one’s sign. This is why you may meet a variety of, say, Leo’s but of course; they are all different. They may have a lot of Cancer influencing them or a lot of Gemini. It all depends on the time and place of birth.

The 12 signs of the zodiac also represent parts of the body. More broadly speaking, these 12 signs can also be divided into male and female energy, positive and negative or, active and passive. All of these signs are grouped into either fire, water, earth, or air signs, which further translates each sign’s features.

Why do you believe in Astrology?

Reasons for belief in the 12 signs of the Zodiac and how they can a person understand themselves vary. For example, some may believe in astrology from experience. In the past, what an astrologer has told them has been true and helpful. In this chaotic world, people may be longing for order, guidance, and meaning. Astrology, like the Tarot, is free from human judgment and, rather like a religion, operates on a higher level. The main goal of Astrology is to help people better understand themselves. So it is logical that people are attracted to the art because an Astrologer knows more about the person than the person.

Horoscopes cannot tell you what is going to happen, only who you are. But like the Tarot, it is recommended that you choose a well-trained and reputable astrologer to follow.

There are dangers in perusing the Tarot or Astrology, but you can get the most out of your experiences with some education. The dark side of these effect readings can be you may hear of an unbearable fatalism, or you may be tempted to misuse their powers. The language used in readings can be rather abstract and sometimes far from logical thinking. Finally, many people want to believe, so they make their readings a self-fulfilling prophecy. 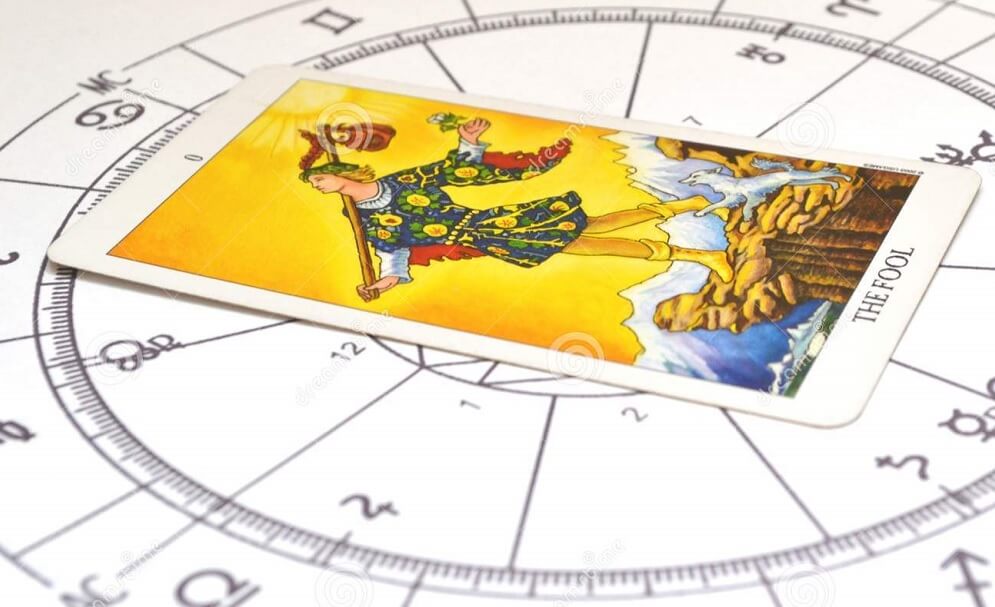 When delving into any mystical power, whether it be the Tarot or having an astrology reading, it is important to remember that each person has free will and choices within all areas of their life. You are also free to change the outcome of all situations. In whatever way you feel most comfortable, whether it be prayer, visualization, positive affirmations, or taking action, you are free to make changes.