7 Most Popular and Favorite Halloween Traditions

Halloween, or All Hallows Eve, is celebrated all over the Western world. It is thought to have originated from ancient Celtic, Gaelic, and pagan rituals and customs to respect and honor their dead. It is also rooted in Christianity, where they would similarly remember saints and martyrs. We now celebrate it on the 31st of October each year, and it’s not really a religious festival anymore. Instead of going to church and lighting a candle, we go to parties dressed as black cats, watch Hocus Pocus or take the kids trick or treating. Let’s read about the most popular Halloween traditions.

There are a lot of symbols and colors that are traditionally associated with Halloween. Because it happens at the end of harvest, scarecrows, brown and purple colors, and pumpkins are all noted elements.

Some people even dress up as undead scarecrows for the evening. Orange and black are also popular colors associated with the holiday. The orange is probably from the sheer amount of pumpkins around and black to signify the darker origins of the holiday.

We get many ideas for Halloween from gothic novels, so figures like the mummy, Frankenstein, and vampires are symbolic of Halloween (great costume ideas, too!).The ideas for all of the scary stories we were told as kids originate from these books too.

Trick-or-treating is actually an ancient tradition. In Scotland and Wales, about 500 years ago, people used to call this ‘guising.’ It was going door to door and singing for food. It is thought that people used to impersonate the dead and take offerings on their behalf as this was the time of year that the dead were roaming the earth and needed to be kept happy.

In some places in Scotland and Ireland, kids still need to do the trick or a small performance to earn a treat – such as a card trick or a short dance.

Fancy Dress! This is the best part of Halloween, and there are lots of options. Like Trick or treating, it’s an ancient tradition. People used to put on a disguise for guising. Sometimes people would dress up as fearsome creatures or with painted faces to scare people by impersonating the dead or as a mark of respect for the wandering souls.

As the ideas of Halloween have changed so, have the ideas for costumes. Some people still dress up as scary creatures, but as society has become less conservative, there are now many more options. People often opt for sexy costumes or general nonscary ones like princesses or cats. Following this tradition, there are competitions which people take really seriously.

It has also led to the increase of fancy dress in general, and it is used as themes for parties or nights out.

Jack-o’-lanterns and pumpkin carving are a brilliant, fun tradition. To do this, all you need is a pumpkin, a spoon, a knife, and an adult. People usually cut the top off the pumpkin and scoop out all of the middles. Then they carve a face or design in the front of the pumpkin.

When it comes to Halloween night, they put a candle inside, and it becomes a lantern. People usually put them on their front doorsteps to show they are taking part in the Halloween festivities.

Believed to have originated in Ireland, the lanterns were said to represent the dead or ward off evil spirits and keep them out of homes. For example, in the scary ‘Legend of Sleepy Hollow,’ the Headless Horseman is often depicted with a carved pumpkin in place of his head.

Apple Bobbing is one of the most fun parts of Halloween. A large bucket or bathtub is filled with water and apples. The apple float and the people playing have to catch an apple using only their teeth! Often the hands are held or tied behind their back, so they do not cheat.

Dating back to the Romans, this tradition was merged with Celtic festivals, so I got a place on All Hallows Eve. Though usually enjoyed by children, this game is suitable for adults, who often turn it into a drinking game.

In Britain, although Bonfire Night is on the 5th of November in remembrance of Guy Fawkes almost blowing up the Houses of Parliament, bonfires remain an important part of Halloween. To ancient peoples, bonfires kept away the darkness and were a key part of rituals and safety.

They were thought to keep away evil spirits, especially the ones around in the Halloween period. So in some places, people used to carry out rituals to sing and dance around the fire. This was to keep the evil spirits away. 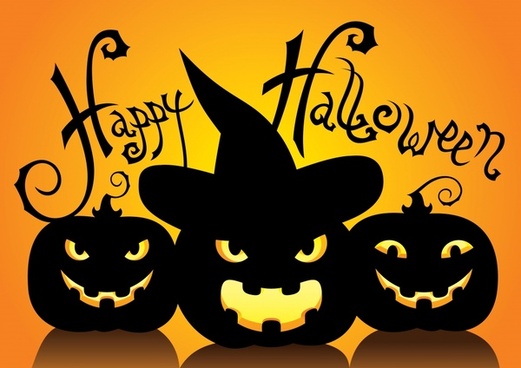 In modern times bonfires have a place at Halloween parties as a centerpiece. Even though they don’t represent the same things they used to, their traditional presence is still going strong.

Although many people go to parties on Halloween, others will go to Haunted houses and visit other scary places. Because of the darker side of Halloween, people visit these to enjoy the thrill of being scared. Although haunted houses are the big ones, there are ghost trains and haunted walks.

The walks are usually offered in old cities or towns with a particularly ghostly past. Maybe places with a huge graveyard or old manor houses. Cities like London offer walks and tours of their dungeons, around the Halloween period, in a bid to scare customers and reveal all of the scary secrets!

Halloween is an enjoyable and scary time for all of the family – a great opportunity for parents and kids to spend some time together while trick or treating and playing Halloween games. It’s a time for sleepovers, and scary stories told my Dad, and for all the sweets you can eat.

For the adults, it’s a fantastic time to dress up as something crazy and enjoy time with friends. But whatever you do this Halloween, don’t cross the paths of any black cats and try not to get in the way of any undead…