The Wolf is a powerful animal spirit in many cultures, they seem to be pervasive in any land-locked area. They have played their part in the history and mythology of many countries. The Japanese built shrines to them and made offerings in exchange for protection for their livestock, and the Romans associated Wolves with the God Apollo.

Two powerful figures of Norse Mythology were Wolves. Fenrir, bound by a rope of thoughts and concepts, was destined to destroy the world. While Skoll was forever in pursuit of the setting sun. The Wolf was tied to the creation myth of the Native American people known as the Pawnee, and while generally revered, it was also tied to certain beliefs regarding witchcraft by other tribes.

That being said, there is a much greater prevalence, especially in the western world, of recognition of the Wolf as a powerful and noble symbol. The Wolf  meaning in symbolism, has long represented the importance of the unity of family, as well as being a deeply intelligence and sensitive creature. They are second only to the eagle as a representative of the concept of personal freedom. 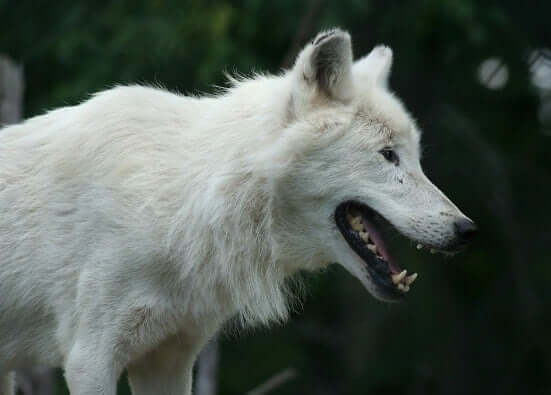 Those who have Wolf as their animal totem will tend towards a strong sense of loyalty to those they consider family. They are generally warm and receptive, though they may not be immediately vocal in their welcoming of others. As one gets accepted into their personal ‘pack’, they will see the individual open up and a deep compassion will be unveiled.

Wolf symbolism shows that integrity of the pack is important And the pack can only exist by caring for every individual within it. As such they are always keeping an eye on the dynamics within, doing their best to make sure that all are well-loved and tended to. They will not, as a rule, play favorites, but they will have it in their mind that there is a pecking order within the pack.

Violation of that pecking order will lead to a quick response from those who see themselves as Alpha within a pack, for they know that without their leadership, the pack may very well fall on itself. Their methods may not always be direct, however.

Wolf is a wise creature, and knows that sometimes it is the soft-paw that guides the pack back into line. As such they will use their intelligence, guile, and cunning to maneuver things back into place. Pay attention if you hear a Wolf howling, he may have a message for you, or may be calling you to his pack.