The noisy little woodpecker animal totem certainly makes his presence known in the wild. In addition to being highly communicative, these birds are focused on making progress. They are opportunistic and lively birds that don’t hesitate to put 100 percent effort into all that they do.

Woodpecker animal guides tell us to protect our creativity and wisdom from threats, as well, and to not be overly open in our pursuits. As is the case with everything else, this bird totem reminds us of the crucial balance. Your creative vision is unique and you must guard it so as to not be taken advantage of.


However, the opportunist in in the woodpecker animal spirit also focuses on the values that can be found in anything. See an option, make, a plan, and follow through with it. Carry on with the determination of this driven avian. Additionally, the woodpecker totem symbolizes more general attributes, such as initiation, attention, communication, listening, signaling, and protecting the home. 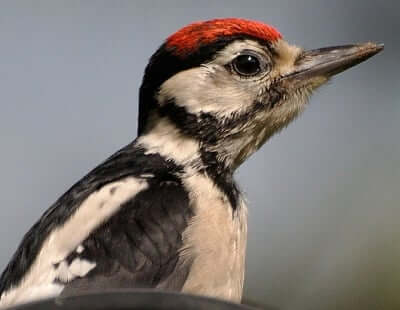 Woodpecker symbolic meanings also made their presences known in ancient mythologies. In Rome, it was associated with the planet Mars, a symbol of energy and initiative and the “ruling planet“. Aries, the zodiac sign, is also accepted as having a woodpecker as one of its symbols because this sign has association with Mars. This official image associated with Aries is a the ram, which is also a symbol of initiation, new beginnings, and a chain of communication that the woodpecker initiates.


In Native American cultures, the woodpecker was also seen as a symbol of home protection. Woodpecker spirit totems are dedicated to their nests and place a high value on familial roots. Some tribes in the prairie regions had a myth that involved a woodpecker and a turkey vying for the title of “protector of humankind”.


The woodpecker animal totem prevailed in this struggle because of its ability to make a more suitable nest that would protect the spirits of all men and women. Other tribes understood the peckings of a woodpecker to be similar to their drumming, which symbolizes a transcendental journey being taken. Because of this, woodpeckers were often thought of as messengers and prophets.

If a woodpecker animal totem comes knocking, it is signaling you to pay very close attention in your life right now. When the woodpecker comes, it is typically accompanied by great opportunities and big changes. It encourages us to seize the moment and put all of our efforts into accomplishing things. This can be previous tasks with the revitalization of an old project or a brand new opportunity. It is up to you to interpret which avenues of your life the woodpecker symbolism is speaking to you about. Apply the woodpecker’s message and you will be successful.

Those with the woodpecker as a totem are very rhythmical people. They will be well in tune with the Earth and the cycles that prevail here. You can use this gift to make others more aware, grabbing their attention with even the simplest words and drawing their attention to issues at hand. Words are powerful, and you know to use them sparingly.

When the woodpecker symbol visits your dreams, it is knocking at you in an attempt to wake you up. It is asking you to pay attention and awaken your awareness. There may be an issue or detail that you are overlooking at home, in your work, or within your social groups, and the woodpecker will attempt to bring it back into your focus.

Diligence and concentration are the keys to success in any and all you do. The woodpecker animal guide speaks to us of the importance of returning to our roots, nurturing our passions, and utilizing creativity in any and every opportunity that we receive.