Significance of the Wicca Sabbat – Yule

What Is the Wicca Sabbat Yule?

The Sabbat Yule is one of the festivals in the Wicca wheel of the year. Yule has its origins among the Scandinavian people as a solar holiday. It represents the return of the sun and an end to the long dark winter. In Witchcraft it is specifically celebrated as the day that the Sun God is reborn from the womb of the Mother Goddess.

The Yule Log, the precursor to our modern Christmas tree, was lit with candles to assist the return of the sun god, adding light back into the world. There are elements of fertility in many practices leading up to this holiday. The returning sun also carries promises of Spring and the vitality of the earth to follow.

In many older Pagan and Wicca traditions, animals were sacrificed at this time of year, their blood being given as a sacrifice to aid the rebirthing of the newborn sun. Yuletide carols were again a practice of this northern tradition.

Naked revelers often paraded through the streets singing during the holiday of Saturnalia in Rome. Like all other deities associated with this holiday, Saturn is an agricultural god, in this case of Rome. (Read about Saturn symbol meanings). 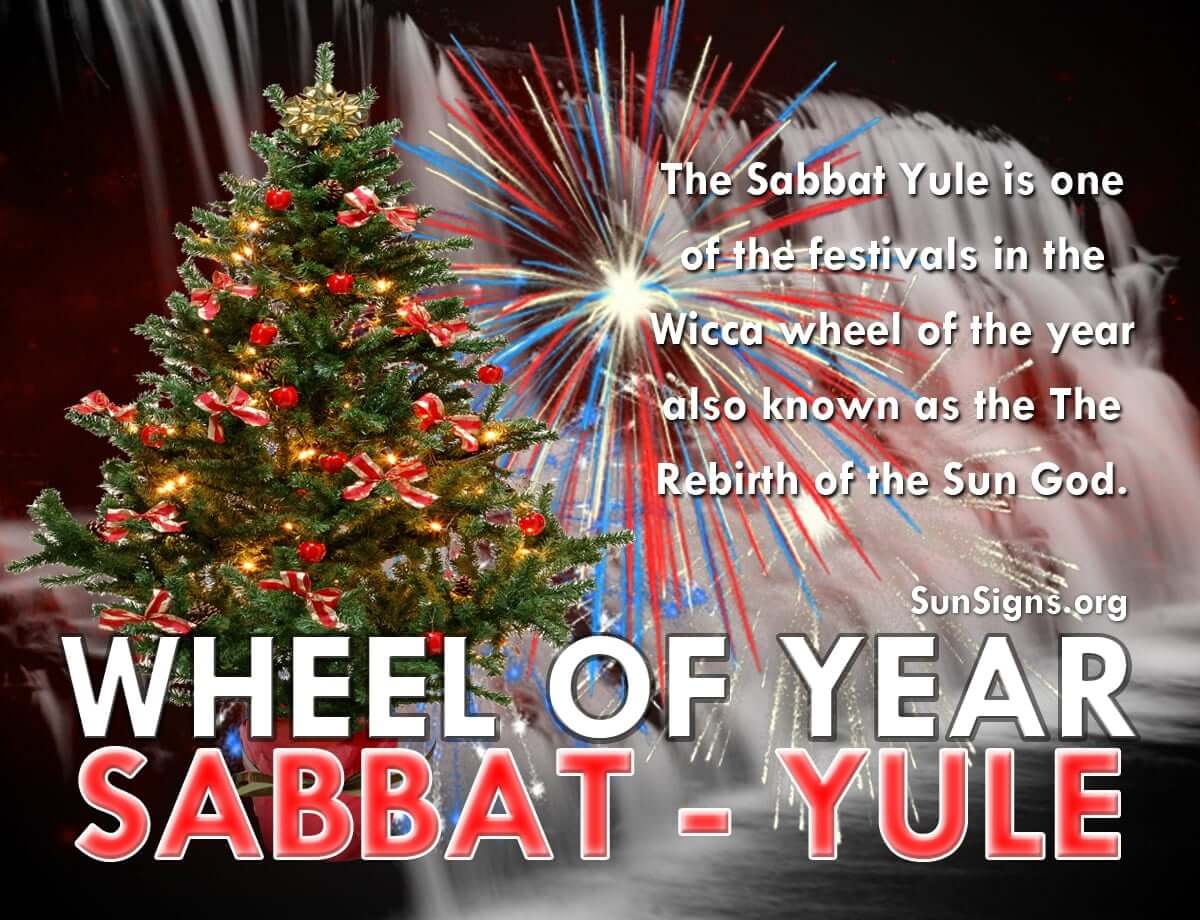 Altar and Home Decorations For The Yule:

Placing a red cloth upon the altar, representing the fire and rebirth of the sun. Green as a color, as well as boughs of pine. The pine, as an evergreen, represents eternal life and the promise of rebirth, and as such is deeply tied to this holiday as the sun god returns. (Read about color meanings).

Candles are often kept burning throughout the house to lend strength to the sun god. Wreaths are traditional as they are a circle, again referencing the cyclic nature of the year and everlasting life.

The Yule Log is traditionally burned at the end of each year, leaving a remnant of the log to carry forward to the next year to light the next years Log. It is known to provide prosperity, protection from evil, and general good fortune to the home in which it is kept.

Much as many have a competition for the brightest lights or the largest tree, there was some rivalry among neighbors for who had the largest Yule Log.

The tradition of gift giving has many roots. Saturnalia often involved the decoration of the home with greenery and involved much giving of gifts to celebrate the return of the sun.