Keywords they should meditate on are clarity, logic, Earth, laughter, creativity and balance.

Earth is the seventeenth Mayan day sign. It is also known by the name of Caban or Knowledge. The Mayans considered the day sign earth to symbolize a literal force within the earth that corresponded to forces in the human body. It represents a creative energy that is within the earth and within humans.

Those born under the energy of the Maya Earth day sign have busy minds that are also at work. They think very rationally about most things and believe that problems can be solved with a logical solution. They have very self-controlled behavior and are good at making sure they stay on the straight and narrow path.

The Mayan Caban sign seek out positions of leadership, but may also gravitate towards working alone. It is hard for them to be followers and let others lead which will make it difficult to let anyone else be in charge.

Even if they don’t hold the official title, they will often assert themselves as being in charge. Those in charge may find this personality a little threatening.

The Mayan Zodiac Sign Earth are intelligent and often well-educated. They always have an inventive, new idea because their minds are in constant motion.

They have a good sense of humor and generally like others. Laughter to them acts as a boundary between feeling comfortable around others or that awkward feeling they may sometimes get.

They are self-confident and conservative with all of the resources they have. They know how to be both efficient and resourceful. They are community service-oriented and can be an inspiring presence for others. They will be attracted to careers in the medical field, law, entrepreneurship, or any position that lets them lead the way.

People born under the Maya Earth energy can be so logical that they come across as condescending to other people. They have strong beliefs and are arrogant and often too independent. They can come across as elitist and snobbish. This causes problems for them in their personal and professional lives.

They may have a problem cooperating with others because their mi 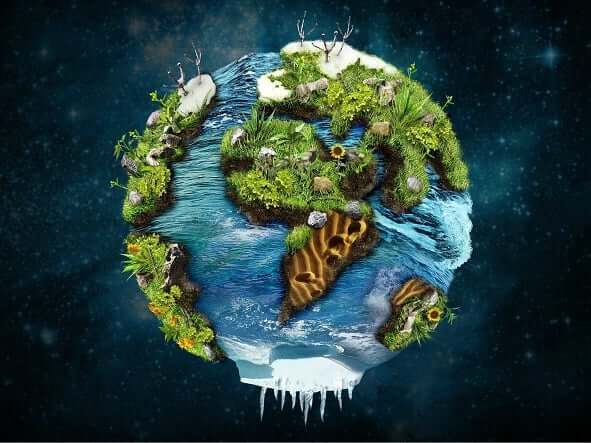 nds are focused so much on themselves and their thoughts. If they attract a romantic partner who is too emotional they may have problems relating and the relationship will not last long.

Because this Mayan horoscope sign lean more on their logic, they can be very sensitive emotionally. They have a hard time expressing and understanding their emotions. If they don’t learn to balance their energy they can become overwhelmed with depression leading to problems with their physical and mental well-being.

In order to use their intellect and mental acuity for prosperity they will need to learn how to focus their attention and their energy. They should also consider that life is more than logic. They need to let their emotions have equal balance with their logic.

Earth days have good energy to ask for forgiveness for all those you’ve done wrong. You may also ask for a resolution to any family problems and for strength in your spirituality. Ask for clarity with any emotional problems you are having and give thanks for your mental clarity and health.

Lucky Direction: The lucky direction for the Maya Caban sign is EAST.

Lucky Color: The lucky colour for the Mayan Earth sign is AGATE.

Lucky Gemstone: The lucky gemstone for the knowledge sign is RED.

Animal Totems: The animal totem for the Caban Mayan sign is WOODPECKER.