What is Psychic Protection?

What Is Psychic Protection?

The purpose of this article is to provide an introductory overview of psychic protection. It shows its practical application as it pertains to humanity’s ongoing interaction with both the physical and spiritual planes.

To understand what psychic protection is, one must have a general knowledge of the parts a human being comprises and how they interact. Humans have three basic components; mind, body, and spirit. Of course, this is a gross simplification.

Spiritual Aspects of A Person

However, for our introductory purposes, these broad strokes will suffice. You may wish to explore the spiritual aspects of a person in more detail. You will find different manners of dividing and defining each part contingent on the specific spiritual practice or religious belief system.

Contemporary Western science has accomplished a great deal regarding the study of the body and the mind both as standalone considerations and concerning one another. The human spirit has been largely neglected in terms of contemporary study.

However, it has been thoroughly explored by religious groups and parapsychologists alike. It has been dubbed “pseudoscience” by the current general scientific community.

The fallacy of spirituality being dubbed a paranormal or invalid field of realistic study is a misconception substantiated largely. This is due to the lack of immediate tangible cause and effect, which the generally accepted scientific methodology relies on.

This manner of passing judgment on the nature of spirituality is inherently contradictory. This is because we have previously observed and documented the placebo effect.

This community’s saving grace is the fact that it still admits that it maintains a great degree of ignorance regarding the functions of the brain, neurological systems, and the relative cognitive functions of the mind.

This is especially true when discussing the individual’s interpretation of what they feel as there is a subjective consideration instead of entirely based on empirical data.

When you go to a medical doctor for an injury, there are processes to determine your biometrics, such as your blood pressure. You cannot measure some things with tools and processes, such as how the patient is experiencing much pain or discomfort.

Unfortunately, the spiritual components of humanity have been largely glossed over in the course of modern scientific study.

The pursuits that have attempted to qualify and qualify the spiritual aspects of man in terms of measurable energy, such as The Hieronymus Machine, named after its inventor Thomas Galen Hieronymus, have been dubbed “paranormal pseudoscience” by the scientific community’s majority.

Human beings perceive much more than the five commonly accepted senses pick up on. Beyond our purely physical capabilities, we have the ability to use our minds to influence our spiritual components, our auras, and our psychic abilities.

These occurrences are accepted by the same Western scientific community, who shun various considerations of psychic practices under the description and categorization of the psychosomatic phenomenon.

This generally accepted scientific occurrence wherein the mind is capable of influencing and changing the physical state of the body. This concept is immediately observable in various studies which call for a placebo to determine the relative effectiveness of a specific medication or treatment.

The placebo effect is well documents as a relatively common example of psychosomatic occurrence wherein an individual believes in their mind that something is affecting them.

The mind absolutely believes that it just received a painkiller. For example, and the pain could then subside as a result. When in actuality, they may have received nothing more than a simple sugar pill with no narcotic, anti-inflammatory, analgesic, or analgesic analog qualities whatsoever.

The Matrix trilogy with Keanu Reeves and Lawrence Fishburne contains a particular segment. This dialogue explains this phenomenon of psychosomatic occurrence. Neo is plugged into a virtual world. His body seems to be within a particular environment guided by a computer program for all intents and purposes.

His senses tell him that he is in a particular place and experiencing certain things, But he knows his mind is within a program. Therefore, he is under the impression that nothing can harm. He sustains an injury whilst inside the simulation.

When he is unplugged from the virtual reality unit, he realizes that he is bleeding and is actually hurt in the true physical world. He asks his mentor, Morpheus, “I thought you said it wasn’t real. ” To which the sage leader replies, “your mind makes it real.” In short, if the mind thinks that something is happening, then it can affect your physical body.

This fact is undeniable. However, why it happens is still up for interpretation. The opinion of this author is that there is a spiritual aspect to our existence that we can affect (and be affected by it) via utilization of our mind beyond the constraints of the body. That is to say. You can change not only your body but also your spirit by focusing on your mind.

Doctor Masaru Emoto took this psychosomatic phenomenon further with his rice experiment. He sought to determine our minds. And, therefore the willful guidance of our spiritual, psychic (or psionic) abilities. Also, were we capable of influencing the physical states of things outside ourselves.

His experiment was simple in its elegance and astounding in its results. He separated three jars of rice isolated from one another in different rooms. Daily, he would tell the first jar that he sincerely loved it and direct positive emotions towards it. With the second jar, he did the exact opposite.

He filled his mind with negative thoughts of disgust and anger towards the second jar. He told it that he hated it. Ignore the final jar of rice. Once the period of time allotted for the experiment had ended, he observed that the first jar, the one that had received love and good vibes so to speak, had fermented and smelled slightly sweet, the second jar was in a terrible state as it was growing some fungus and bad clearly become rotten.

However, the final jar was in the worst condition of them all. One can devise multiple inferences from Dr. Motomo’s experiment (among them is that neglect is more harmful than active abuse).

The point of relation to our exploration of psychic protection is that active use of your will via your mind and spirit can affect your aura, that is to say, the energy that radiates from you. Furthermore, this aura that you cultivate directly affects the auras, and subsequently the physical states, of all living things around you.

Now that we have a general understanding of the human being, we can define psychic occurrence, specifically psychic protection.

Psychic protection is how one’s spiritual being is strengthened in resistance to any negative energies, be they environmental, possessive, direct, or circumstantial.

Parallel these concepts with physical resilience versus harm. You can become sick from an outside germ. Your physical health can degenerate if surrounded by hazards. You can harm yourself if you pay no attention to your surroundings. The spirit must be attended to and exercised in the same manner as the mind and the body. 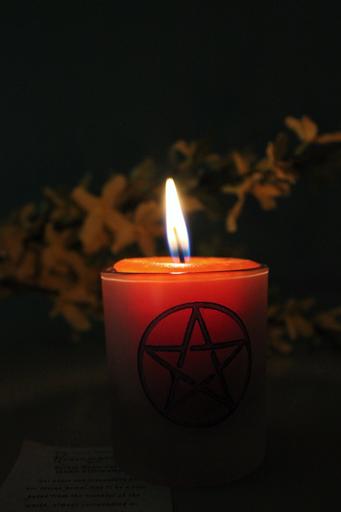 Begin tending to one’s spirit. Well, that is contingent on various factors as previously touched on. These can be about religion or manner of practicing spirituality.

Should you be agnostic, as in “I believe there is something, but I’m not sure what it is,” then perhaps meditation and mindfulness, self-awareness, development of empathy, and consideration of the ultimate effects our chosen experiences have on us would be a great place to start.