Mothers’ symbolic meaning signifies the aspect of being nice by showing care and love to everyone around as it has become a tradition. Basically, mothers are being respected for the good things and the sacrifices they make in order to make everyone happy. Regardless of what they are facing, they better suffer for you to become happy. There is nothing great than mothers’ love in any case. Notably, every mother wants the good things to happen to someone’s life and they have the ability to see what will happen to that person in the future.


More so, the Mother symbol meaning shows how perseverance can make you a great person. Generally, there is no mother in the entire universe not showing any gratitude to the people they love. So whenever you hear about a mother then have the ability to see the qualities in that person. Basically, they will get what they are looking for in life despite their current situation. Actually, they understand that everything changes with time.

No single universal symbol for mother exists – that would be impossible. The Mother can be found everywhere, from the heights of the planets down to the Earth’s surface. Each person and creature on the Earth has a mother, making it reasonable that we each would have different, distinct ideas about what characterizes them.

Symbols are unique and personal to each of us, so there are no right or wrong interpretations. Because of this, the symbols associated with mother are seemingly infinite. However, some are more common and prevalent than others, which are detailed below. 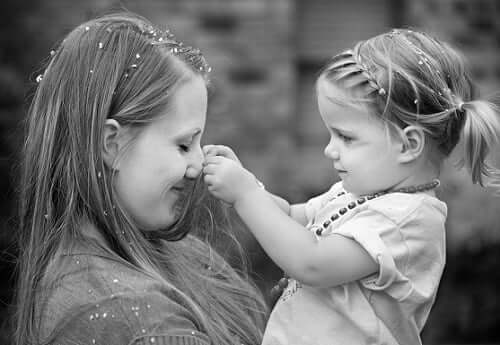 The triple spiral, also called the triskelion symbol, is an ancient Celtic symbol with many spiritual aspects to it. However, the mother is definitely one of the strongest, as the branching out of the spirals is strongly indicative of the phases of womanhood: maiden, mother, and crone, all of which are connected.

As a young maiden, a woman experiences her innocent and pure state before progressing onward to her time of motherhood. During motherhood, a woman acts with compassion and as the primary nurturer. As is the nature of life, one must grow old. For a mother, this phase is symbolized by a crone: the wiser, more experienced feminine state.

Another popular personified symbol of the mother comes in the form of goddesses. Depicted as a full moon with a crescent on either side, the Mother Goddess also focuses on the three aspects of womanly development (maiden, mother, and crone). This interpretation comes from the ancient Greek astrology, which associated each phase of womanhood with a different goddess: the maiden phase with Persephone, the mother with Demeter, and the crone with Hecate. Like the triple spiral, these moons, too, symbolize the different phases of a mother’s life and the traits that she exudes during each of them. Furthermore, the three moons may also represent the natural life cycle of birth, life, and death that all things experience.

According to the spiritual world, a mother is considered a blessed creature because she can give you something worthwhile. Perhaps, never underestimate the power of a woman because she can do better than you can. They might seem not to win but they are usually willing to give it a try. That is the goodness of having mothers in the world. Probably, their presence makes the world a better place than you can think of.

To the Hopi Native Americans, Kachina symbols are very sacred spirits that make their presence known on Earth during the winter and summer solstices. The kachina associated with being a mother is thought to be a crow who appears with a basket full of sprouts to symbolize seed germination- a miracle if it occurs in the winter. Like other maternal figures, she is nurturing, loving, and offering.

More so, the Kachina spirit indicates someone with good nurturing and loving character. Besides, if you want to see the qualities of a mother then check out what she treasures most. Specifically, they take their children seriously in such a way that they should never suffer in their presence. Equally, the world is happy for the presence of mothers because the world gets what it needs. Equally, mothers are a blessing to change the world.

The Hopi also use the Tapuat to symbolize maternal energy. It depicts as a labyrinth in order to represent the attachment of a fetus to its mother, the stages of life, and a path of moving and growing up. In the center (or the amniotic sac), we begin our journey through life as our mothers’ bodies work endlessly to nourish us. From there, we extend outward through the maze, finding our way with the help of her maternal guidance.

Native American shows the values every mother deserves to get from everyone. They deserve every respect because what they do is phenomenal. Basically, they play a very important role in everyone’s life. Seemingly, all mothers are equal because they value first what they love. Therefore, you should never question every mother’s love. Equally, they see the world as a better place with you that’s why they care most about you.

Turtle As A Mothers  Symbolic Meaning

Other Native American groups recognized maternal properties in the turtle. In many Native American folk legends, the turtle is the physical manifestation of Mother Earth, which is an honor for saving mankind from a Great Flood. She is stoic and silent, moving gently and gracefully, demonstrating a calm demeanor while channeling a sound intuition. As the immortal mother in the body of a turtle, she carries the heavy burdens of life on her own, just as a mother tries to do for her own children. Additionally, some believe that the thirteen sections of the turtle’s underbelly correspond to the thirteen moons and, as we know, moons are extremely feminine and maternal in nature.

As with all symbols, interpretation is subjective. If something speaks to you of maternal energies, listen to it. Specifically, it shows the good things that are about to happen in the future. Take it seriously and you will see things changing in your life fr the better. Equally, it is about time to allow your instincts to guide you to a certain direction in life as per the mother’s opinion.

Native American symbolism brings the beautiful moment you will have in life because of the presence of a mother. A better future is being cultivated by your mothers. Basically, they play an important role in your success. Be happy for having them in your life because they will keep pushing you until you achieve whatever you want in life. Notably, generosity is a key value to every mother in the entire universe.