In the entire world there are hundreds of pantheons. Greco-Roman, Native American, Druidic, Norse. Here are a few of the goddesses like Ishtar, Anna Perenna and Lauma you might consider tipping your hat to.

Ishtar is the Babylonian goddess of love, war, fertility and sex. Her symbols are a pair of lions, and a star. Followers of her were often gifted great riches, wealth, and prosperity simply for being her lover. She was called “the Courtesan of the Gods,” and she was worshipped by huge cults for long periods of history.

So what? Well, here’s where the other parts come in. It’s said that Ishtar is a fickle goddess, and would often grow weary of lovers that could no longer entertain her. The epic of Gilgamesh notes that she would loved beasts of the wild, and when she lost interest, those beasts would become docile and lose their vigor. 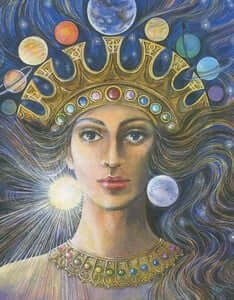 If we are to believe Gilgamesh, then Tammud, another Babylonian god, found his demise as a direct consequence of being her lover and falling out of favor with her. She can kill gods. As if that wasn’t enough? She once stood at the gates of hell and threatened to kick them down if they did not let her inside.

The moral of this story is, Ishtar is a great goddess to worship. She’ll give you loads of good things, as long as you keep being interesting. 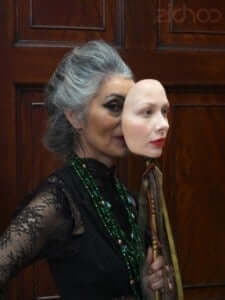 Anna Perenna is a Roman deity of the circle of the year. She’s the goddess to whom people made tribute in order to secure a prosperous year, with good crop yield, favourable weather, and few or no natural disasters. She was essentially the steward of the “luck” of a year.

So what? Well, originally she was just called Anna and wasn’t a goddess at all. She and her sister Dido appear in Virgil’s Aeneid, wherein after Dido is killed and Anna has to flee from her hiding place, she takes up temporary residence in a house with a jealous wife.

The ghost of her dead sister comes to warn her that said jealous wife is planning something nefarious, and Anna manages to flee the house before she gets jealously killed. She jumps from a balcony and drowns in a river, but that didn’t stop her. By drowning in this river, she became a water nymph. Okay, big deal, right? But it gets better.

Mars, the god of war, comes to Anna Perenna to try to get her to persuade Minerva, the goddess of wisdom, to fall in love with him. On the day of the wedding between Minerva and Mars, Mars throws back the veil only to reveal that it’s actually Anna! This old woman managed to trick the god of war into marrying her.

The moral of this story is that anyone whose preferred method of worship is singing bawdy songs and drinking wine at festivals probably is a lot more wily than they let on.

Lauma is a Baltic goddess of compassion. It’s said she was a sky sprite who fell to earth and started taking care of the humans she encountered there. She’s a goddess of orphans, and used to keep giant cows from which the people of the land could come and get as much milk  as they pleased. She’s associated with weather and the atmosphere and is both a goddess and a Fae.

So what? For starters, she’s a Fae, so you know she isn’t completely benevolent. Secondly, here’s a little story about her. In Baltic myth, the rainbow is a ribbon that stretches across the sky.

Lauma, who was married to the thunder god, Perkunas, secretly had found a lover in the human singer Straublys. They had a child together, and occasionally Lauma would visit Earth to feed her child with her breasts. 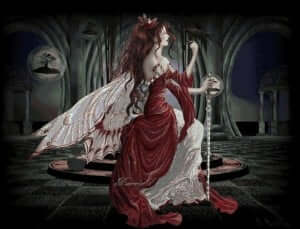 Then one day, Perkunas found out, took this child and smashed him into the highest portion of the sky, and then cut off Lauma’s breasts, letting them fall to the earth where they became mountains. In retaliation for this, Straublys stole the ribbon that made rain, and Perkunas could no longer use his powers.

Straublys stretched this ribbon across the sky and effectively crippled the thunder god, but even after all the terrible things Perkunas did, Straublys forgave him.

She left the heavens, and from that point on, she became the goddess that protects children and orphans. She bestows blessings on those who show compassion, and punishes with the power of the Fae anyone who scorns the same.

The moral of this story is that someone who has the kind of compassion to come to earth and care for orphans but still wreck the days of people who aren’t compassionate themselves has quite a bit of clout behind her, and why not show her some respect? It’s way easier to give a nod to Lauma and be rewarded than to be a terrible person and get punished.