Everything has some level of symbolic meanings attached to it. It doesn’t matter how recently the animal or plant has been discovered recently or if it is an idea as old as humans themselves. Different aspects of the world’s symbolisms can be attached to a creature to advance its own symbolism.


The horseshoe crab also has some rather soft and feminine symbolism around it, but it looks hard and callused. The horseshoe crab spirit guide has a hard exterior that it uses to protect itself. Just by looking at the horseshoe crab you would think that the animal is a fearsome creature. Instead, the horseshoe crab does not attack humans. It goes up onto beaches to mate every once in a while, but that’s about the extent of time that they spend outside of the ocean. 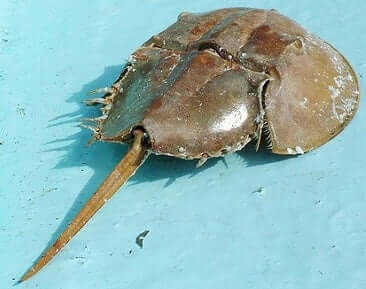 The simple fact that the horseshoe crab goes on land to mate greatly adds to the animal’s symbolism. What makes their mating strange is that the animals seem to be greatly affected by the phases of the moon. This may have to do with tides or something else, but the horseshoe crab always seems to know what phase the moon is in because they tend to mate during the new or full moons in the early parts of spring and summer.


The moon now adds in its own symbolism in enhance the symbolism of the horseshoe crab. The moon is seen as a feminine thing, and the sun is a more masculine solar object. The lunar symbolism is what is important here though. This adds a certain about of feminine energy onto the horseshoe crab. For an animal that isn’t exactly the cutest, it’s almost strange to think of it as feminine at all, but it still is.

This strange trait of the horseshoe crab symbolic meaning adds in symbolism for motherhood, feminine strength and power, as well as general lunar and female energy.

There are many animals out there that have important male and female symbolisms. Sometimes, male and female symbolism can even be different from each other just within one species of animal. Symbolism between animals have a lot in common at times, but there are still enough differences to make every animal unique in their own ways. If you want to learn more about animal symbolism, or any other type of symbolism, then you can read more articles like this one here on Sunsigns.Org!