We’ve all been there. We’ve all had at the very least one of those experiences at one time or another in our lives. It’s called the “Deja-Vu” effect, and believe it or not. It is one of the neatest tricks that our brains can pull on us.

How does Deja-Vu happen?

There is a common misconception that the average human being uses only around 20% of its brain. But, in fact, we use our brains to the full extent of their power, even more so when we go to sleep.

What is true is that we only notice around 20% of what our brain is usually doing. And, Deja-Vu is one of those things. However, we only notice it once it is in full swing.

First of all, the human brain is a magnificent feat of evolution, capable of many great things. One of these things is its ability to think ahead of time and really anticipate the things that will happen shortly.

This is usually done at night, while we are asleep.

The brain assimilates all the information that has been gathered throughout the day. After that is done, the brain then starts to build mental simulations using the memories, information, and everything it has at its disposal.

However, because of the sheer amount of simulations that our brains cook up, it is next to impossible to remember all of them, so they get stored in the subconscious level of the brain.

When one of the situations that our brain has simulated actually comes into effect, the memory of the simulation in question is pulled up. But because of the time it takes for the memory to be found and pulled up, they actually start overlapping.

And you get the feeling that you have already been there, or in that situation, even though that is not the case.

Why does Deja-Vu occur?

First off, there is something vital that needs to be noted here.

There have been a lot of studies, tests, and experiments done in the past on Deja-Vu. However, even though the efforts were extensive, there are still a lot of things that we don’t yet know about it.

Deja-Vu is actually a lot more common than you would think.

There have been a lot of accounts when Deja-Vu has saved people. From situations ranging from the more serious to the life-threatening, even the most minor of inconveniences or embarrassments.

So we can safely account Deja-Vu as a defensive mechanism, with a few downsides. One of these downsides being that we have no control over it, relying on pure luck more than anything else.

Another reason for which it is speculated that Deja-Vu occurs dealing with copious amounts of stress and mental fatigue.

The reason for that is that people who find themselves under more intense mental stress and fatigue are more susceptible to Deja-Vu.

How can we make the most of our Deja-Vu moments?

Even though it is challenging and downright impossible to predict when and how Deja-Vu events will be triggered in our heads, we can still be prepared.

There are a few things that you can do to prepare for them and actually take advantage of them.

Try and keep as calm as possible and even take a bit of time to notice all the details that match properly.

Oftentimes, Deja-Vu moments are triggered to avoid negative situations. But, unfortunately, this is also why we have those uncertain and uncomfortable feelings when we experience Deja-Vu moments.

That being said, whenever you experience Deja-Vu moments, try and keep a clear head and keep your eyes open. Whatever you do, pay a lot of attention to both your actions and your surroundings. You never know what might happen.

Sometimes, the feelings that we get when we experience Deja-Vu can be a bit too overwhelming. It is enough to ruin a good time, a party, vacation, and so on.

When you do experience Deja-Vu, make sure that you have ways of getting out of the situation that you are currently in.

It is noted here that the exit strategy in question should only be used in extreme cases.

Sometimes, it might not seem like the best thing to do. But, the truth is that even though most people have Deja-Vu moments, not many are willing to accept them.

That being said, there are many cases where people get increasingly uncomfortable when others have Deja-Vu moments. So with that in mind, it might not be the best idea to let people know about it.

If people notice something strange about you and approach you about it, dismiss it.

One of the most common mistakes that we make is thinking that we can read the whole situation properly. But, in fact, because the Deja-Vu moments occur in the manner in which they do, we are ofter times simply unable to properly interpret them.

They might be related to a distant dream. They might be tied to certain actions or certain key phrases or tied to the setting itself.

That being said if the Deja-Vu moments occur while you are alone. Then you can, by all means, try and investigate them as thoroughly as you want. However, if you find yourself in the company of friends, family, or strangers for that matter, you might want to not read into the Deja-Vu situation too hard. The reason for that being that you will attract attention to yourself, and you might end up making people feeling uncomfortable.

Deja-Vu moments can be easily misunderstood and uncomfortable to deal with, especially at the moment. 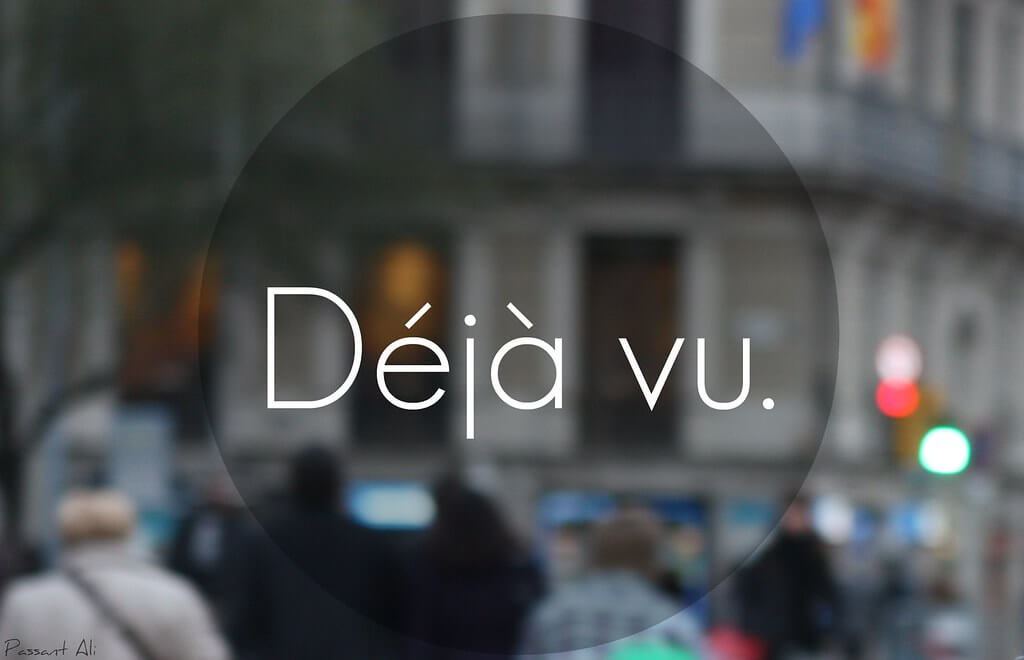 Understanding this phenomenon and dealing with it in your own way and on your own terms is the key to overcoming the effects that it might have on you.

Following these simple tips and remembering what Deja-Vu is all about will help you keep your cool. Do not let yourself be affected by it too much.