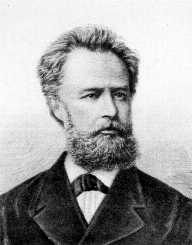 Berthold Auerbach was born on February 28th, in 1812. He was a celebrated German-Jewish poet back in the day. He is mostly remembered for being the “tendency novel” founder. The fiction of this work is normally utilized in influencing the opinion of the public about social, moral, religious and political questions.

Berthold Auerbach was born on February 28th, 1812. His place of birth was in Nordstetten, the Kingdom of Württemberg. When he was young, he enrolled at the Eberhard-Ludwigs-Gymnasium. After that, he went on to study philosophy at the University of Tübingen. After some time, Auerbach focused on studying literature.

When Auerbach was studying in Heidelberg, he wrote a biography featuring Frederick the Great from 1834 to 1836. Another one of his early works was titled Das Judentum und die Neueste Litteratur. Next, he worked on some novels that mainly delved into Jewish history. One of the novels that emerged successfully from the series was the Spinoza -1837. He also earned critical acclaim after publishing the Dichter und Kaufmann – 1839.

Der gebildete Bürger was later published in 1842. This was one of his works that aimed to put across his philosophical ideologies.

Berthold Auerbach career earned him recognition after 1843. During this period, he had began to spend some quality time with ordinary people in the society. It is from this inclination that he took a different direction in his later works. This brought huge success to his end. His first major taste of success came after releasing Schwarzwälder Dorfgeschichten -1843.

Berthold Auerbach passed away on February 8th, in 1882. This was just moments before he celebrated his 70th birthday.