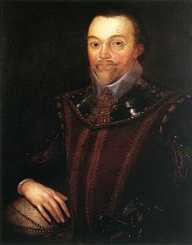 Francis Drake was an English sea merchant, pirate, and politician. He was famed after sailing around the globe the second person in recorded history to do so.

Francis Drake was born to Edmund Drake in Devonshire England. His exact date of birth is debatable. Historians put it between 1540 and 1544. His father was a farm worker on the land of Lord Francis Rusell. Drake had no formal education. In 1548 he fled to settle in Plymouth. He had been accused of robbery with violence. Drake was raised by his relatives the Hawkins in Plymouth. The Hawkins was a traditional merchant and privateer family. Privateers were pirates who operated with the blessing of their government. They inculcated the passion of voyaging in Drake.

At about the age of eighteen, Drake got his chance to experience the life of a sailor. He joined his cousins on a voyage to the sea. They sailed and anchored off the coastal waters of France. From their fleet, they pirated any foreign ship within their reach. Drake liked the piracy business.

In 1568, he had established his own business. He was buying and transporting slaves from the western coast of Africa to the Spanish colonies in the Caribbean Islands. Soon he ran into trouble with the Spanish authorities in the colonies. He was apprehended in Mexico and most of his sailors killed. Drake and his cousin narrowly escaped to England. This incident with the Spanish military made him loathe the Spanish kingdom for the rest of his life.

In 1572 Drake was given royal mandate to be a privateer. He had a chance to revenge against the Spanish. He prepared his fleet of two vessels and sailed to the Spanish territories in the Americas. His attack on Panama’s commercial town was repulsed. Nevertheless, he managed to escape with a bounty of gold, silver and other valuables from the adjacent towns. When he returned to England, Queen Elizabeth decommissioned Drake from piracy activities. The two warring kingdoms had agreed on a temporary truce. Drake sailed and settled in Ireland.

In 1577, the queen commissioned Drake to captain a fleet to search for a sea route to India via the Americas. The voyage started in December 1577. His fleet consisted of five ships. Drake sailed to South America and managed to go round the southern tip of the continent. To avoid an impending mutiny, Drake executed Thomas Doughty. Doughty was supposedly found guilty of leading the rebellion. He continued with his journey up the western coastline of the continent. The Spanish had not anticipated a British fleet in the waters. Drake took advantage of their laxity and looted the towns along the coastline. He then sailed all the way to the Canadian west coast.

Drake left the American coast for the Pacific in 1579. He reached the Philippines after two months. He navigated through the Indian Ocean to the southern part of Africa. Within three after sailing out of Plymouth, Drake and his crew docked in England. Queen Elizabeth knighted him aboard the ship he used to sail the globe.

Drake was elected mayor of Plymouth in 1581. His tenure as mayor transformed the town. He renovated the water systems, expanded the sewerage pipes. Drake dealt with security matters with high handedness. To the masses, he was the leader they wanted. But the rich elite disliked him. Drake did not conform to their whims. He managed to outmaneuver them in their bid to manipulate him.

In 1585, Queen Elizabeth called on Drake to lead another mission against the Spanish. He was to obliterate the Spanish territories outside Europe. Drake managed to overcome the Spanish on several fronts. He captured the African islands of Cape Verde, the area of Cartagena in Colombia. He then captured part of Florida in North America.

The Spanish king sought help from the Catholic Church. In 1586, Spain had gotten the blessings of the Pope to conquer Britain and make it a Catholic kingdom as before. Drake was made the commander of the naval fleet. That very year, Drake made a preemptive attack on the Spanish fleet in Cadiz. Several Spanish ships were destroyed. Two years later the Spanish navy was defeated in the English Channel by British forces.

Drake left politics and went back to piracy. He died of dysentery in January 1596. His body was interred in the open sea near Panama. Loved and hated in equal measure, Drake proved to be the most impressive English navigator of his time.