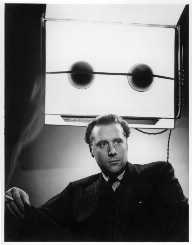 Carol Reed is an iconic British Filmmaker who is known for his works in Odd Man Out, The True Glory, The Fallen Idol, The Third Man, and Oliver! Reed went onto produce several thrillers and hits at the box office. Starting off as an actor under Edgar Wallace, Carol Reed developed into one of the greatest directors of all time. His collaborations with author Graham Greene and director and producer Alexander Korda would create some of the most iconic movies of the era. Carol Reed will go down as one of the best directors from his generation.

On 30 December 1906, Carol Reed was born in Putney, England. He was born out of wedlock by Sir Herbert Beerbohm Tree’s mistress. His father was a successful stage actor and was the founder of the Royal School of Dramatic Arts according to the international movie database. He was one of six children born to his father’s mistress. He lived with his mom in a separate house where they lived a middle-class lifestyle. Being the son of Sir Herbert Beerbohm Tree, Reed had huge shoes to fill.

Carol Reed attended school at the ‘King’s School’ in Canterbury. He was just an average student. He wanted to be an actor like his father, but his mother did not want that for him. In retaliation, she sent him to the United States in 1922 to live with his brother on a chicken ranch.

Carol Reed didn’t stay with his brother long. He ended up returning six months later according to thefamouspeople.com. At the age of 19, Carol Reed started acting and helping out a company ran by Dame Sybil Thorndike. Soon after, writer Edgar Wallace made Reed a stage manager for his plays. Wallace wrote prolific thrillers, and Reed was able to act in three of his plays. In 1927, Wallace was promoted to become the chairman of British Lion Film Corporation. Reed became his personal assistant and worked during the days.

However, he would work as an actor at night keeping up a busy schedule. Reed learned a lot of his skills in film by assisting in the film versions of his boss’ work. Wallace passed away in 1932 of pneumonia.

This led to Carol Reed pursuing a career in film as a dialogue coach. He went on to work for Associated Talking Pictures under the notorious Basil Dean.  Soon after, he became an associate director. Reed became the director and co-director for several films. Reed’s first two films, Midshipman Easy and Laburnum Grove, received a lot of great feedback from Graham Greene. This led to several collaborations that would define Reed’s career.

When Carol Reed decided to start producing his films to have more control over his work. Reed created some hits right before World War II, such as Night Train to Munich, The Remarkable Mr. Kipps, and The Young Mr. Pitt. Night Train to Munich, featuring Rex Harrison, told a story about a British double agent according to Britannica. This movie received a lot of praise.

Before the war, Carol Reed was experimenting with what part of film industry suited him. He produced several movies in the late thirties’ and early forties’ that displayed his great skills but were not the right films for him.

Carol Reed went on to serve in the war. He directed war documentaries for England’s film unit. His first assignment was in the movie The New Lot. The movie was meant for recruits to see what to expect for their new life in the army. He ended up extending it to a full-length film named The Way Ahead. Reed would continue to make iconic war documentaries. This included the iconic movie, True Glory, in 1945. This film was co-directed with Garson Kanin and led to Reed’s first Oscar. It was also supervised by General Dwight D. Eisenhower. His work with documentaries would go onto impact his style for the rest of his career. His films started to have an emotional detachment for the audience. This was very obvious inside of his next three films.

Arguably, a lot of Reed’s biggest movies happened after the war. In 1947, he created Odd Man Out, which told a story of an IRA agent who was on the run, starring James Mason. The film was remembered for its persistent look of gloom throughout the movie. The next year, Carol Reed joined up with Greene and Alexander Korda to make The Fallen Idol.

One year later, Carol Reed collaborated again with Greene and Korda to create a masterpiece on the cold war titled The Third Man. This movie starred the likes of Joseph Cotton and Orson Welles. The movie went on to win first place at the Cannes Movie Festival. It was also nominated for an Academy Award.

After this film, Reed’s quality of work started to go downhill. Carol Reed did see some success with Trapeze in 1956. However, it did not fair too well just like his movie, The Key, that came out two years later. Reed was able to find some success with Our Man in Havana in 1959. This led to a chance at Hollywood in the 1962 version of Mutiny on the Bounty.

Hollywood thought that Marlon Brando and Carol Reed would be a perfect fit for each other. However, Brando’s temper drove Reed to leave the production entirely. He didn’t like Brando’s ego, and he did not want Brando to have so much control over the production. This would put a small denture on his career, but it did not impact his legacy overall.

In 1968, Carol Reed decided to experiment with a musical venture named Oliver! The musical was based on the classic novel by Charles Dickens, Oliver Twist. The film was nominated for a total of eleven Oscars, winning a total of five. The film even won the two biggest awards, best picture, and best director.

Carol Reed was married to Diana Wynward for a short period of four years. The two never had any children. On January 24, 1948, he married Penelope Dudley-Ward according to the famouspeople.com. They would have a son from the marriage, and Reed was the stepfather of her daughter. Reed did suffer with from deafness later in life, making it hard for him to direct. Carol Reed died on April 25, 1976, after having a heart attack. He was only 69-years-old.

Carol Reed will go down as one of the greatest directors of all time from the World War II era of movie making. His hits span for more than four decades. Britannica said that Reed will be remembered for his superb abilities inside of the suspense-thriller genre. However, he did have success, such with Oliver!, with different genres of movies. He not only collaborated with some of the greatest directors and writers, but he also defined an era in film. Reed was also known for his ability to work with authors to make the best versions of their stories.

In 1945, Carol Reed won an Oscar for The True Glory for Distinctive Achievement in Documentary Production. Four years later, he would be nominated for an academy award for The Third Man. Reed received knighthood in 1952. He was only the second film director to accomplish this fete. His movie, Oliver!, was nominated for eleven Oscars, winning five of them.