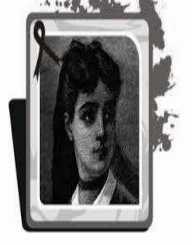 Marie-Sophie Germain was born on the 1 April 1776 in Paris, France. She was the daughter of Ambroise-Francois a silk-merchant and his wife, Marie-Madeleine Gruguelin. The family home was a meeting place for those interested in liberal reform, and as a child, Sophie was exposed to intellectuals and academics. At a young age, Sophie Germain became fascinated by Archimedes and decided that she wanted to become a mathematician. During her youth, France was experiencing the French Revolution including the storming of the Bastille and the Reign of Terror.

An enthusiastic student, Sophie Germain taught herself Latin and Greek. Using lecture notes from the Ecole Polytechnique. Germain submitted a paper which impressed Lagrange with its originality. Lagrange after that became Germain’s sponsor and mathematical counselor.

As a young woman, Sophie Germain read Jean-Etienne Montucia’s book, History of Mathematics and it was his essay on Archimedes that sparked her interest in mathematics.

Sophie Germain’s father funded and helped his daughter to become an accepted mathematician, but tutors refused to take her seriously. The Ecole Polytechnique opened in Paris in 1794 as an academy to train scientists and mathematicians, but because it was men only, it was not an option for Sophie Germain. Germain’s solution was to assume the identity of a male student Monsieur Antoine-Auguste Leblanc. The person whose name she had assumed had left Paris, but the Academy was unaware of this, so Sophie Germain began to use the lecture notes and problems set for him. The supervisor of the course was impressed with her brilliance and Lagrange, a highly respected mathematician of his era, asked to have a formal meeting with his student. Germain had to admit that she was using his former student’s name and notes. Lagrange became her counselor and mentor, allowing her to continue with her studies.

The Institut de France presented Sophie Germain with a medal for her work on Fermat’s Last Theorem. Towards the end of her life, Carl Gauss was instrumental in the University of Gottingen agreeing to award her an honorary degree.