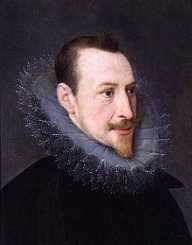 One of the greatest poets of his time, Edmund Spenser was born around the year 1552 in East Smithfield, London. The precise date of his birth is not clear. There is some ambiguity about his parenthood as well. It is widely believed that John Spenser, a London tailor, was his father. John’s ancestors hailed from Lancashire. Edmund’s father was a poor man who had difficulty in making ends meet. Edmund attended the newly formed Merchant Taylors' School with a ‘poor scholar’ tag from around 1561. He gained a very good and valuable knowledge of the English language from Richard Mulcaster. Mulcaster was the nationalistic and learned headmaster of Merchant Taylors’ School. He was also an authority on improvement of the English language. He wrote a number of books on the subject. Edmund studied Latin, Greek, Hebrew, music, drama as well as the English language, a novelty in that Elizabethan era.

In 1569, Edmund joined the Pembroke College (erstwhile Pembroke Hall) under the University of Cambridge. He studied there for seven years securing his Bachelor of Arts degree in 1572 and a Master of Arts degree in 1576. As an economically weak student, he entered the university categorized as Sizar. The term indicates such poor students who met their financial necessities by working as a servant to other affluent students. Sizars had to perform various kinds of menial or semi-menial jobs as well. He had moved out of Cambridge in 1574 due to the outbreak of an epidemic. However, he received his Masters in 1576 in spite of such difficulties. His academic record was good while studying in Cambridge. He learned French, Italian, Greek and Latin besides reading classical literature and contemporary poetries extensively.

To his good fortune, he met and made friends with some excellent people during his university days. Among them, Gabriel Harvey, a teaching professional at Cambridge, became one of his long-term friend and advisor. His compatriot at Cambridge, Lancelot Andrewes, and Edward Kirke also remained with him as his friend, philosopher and guide throughout the journey of his life. Kirke later became one of the members of Edmund’s poetic group.

The first major literary work of Edmund Spenser, ‘The Shepheardes Calender’ was published in 1579. This poetic work is rated as the first work of English literary Renaissance. Consisting of 12 pastoral eclogues, this literary work symbolically narrated the prevalent political and religious scenario with a pinch of a sarcastic overture. He named all these 12 eclogues after each month of the year. The eclogue April shows the finer sides of Queen Elizabeth I and is effusive about her qualities. Similarly, eclogue October deals with the problems of modern day poets. It narrated how difficult it is to compose different types of verses with an expectation to be successful. The Shepheardes Calender left an indelible mark on the literary history of England. It came after an amazingly long period of ordinary and average works of literature.

‘The Faerie Queene’ is the magnum opus work of Edmund Spenser. He first published the first three books of this masterpiece in 1590. He came out with another three sets of books in 1596. His original intention was to publish a set of 12 volumes, each volume representing one of the 12 moral virtues as categorized by the illustrious Greek philosopher Aristotle. The Faerie Queene is truly a multilevel work of literature. The poems of this masterpiece symbolically depicted the eternal conflict between the good and the evil. On the historical side, the poems portrayed the prevailing scenario of a squabble between the protestant beliefs and the threats of Roman Catholics over the existence of the former. Edmund has beautifully illustrated all these conflicts in The Faerie Queene in an allegorical context.

Edmund married his first wife Machabyas Childe around the same time when he published The Shepheardes Calender. The couple together had a son and a daughter. He married Elizabeth Boyle in 1594 after the death of his first wife. They were blessed with a son. Boyle survived him. On January 13, 1599, Edmund passed away. His coffin containing his mortal remains was buried at the poets’ corner in Westminster Abbey. Many renowned poets of his time came to his burial place to show their heartfelt condolences and their true respect he had earned over the years.