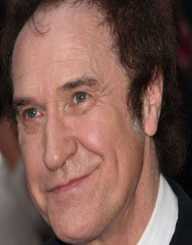 Sir Raymond Douglas Davies is a celebrated English musician, songwriter, actor, and director. Born on June 21, 1944, he was the lead singer of the rock band, The Kinks, formed with his brother Dave Davies. Also, he served as the songwriter and rhythm guitarist of the group. Also known as, “the godfather of Britpop," Davies penned most of the band’s hit songs including, You Got Me. He pursued a solo career after the disbandment of the Kinks in 1996. Aside from his music career, Davies ventured into theatre and television acting, directing and production.

Raymond Douglas Davis was born on June 21, 1944, at Fortis Green, north London, England. He was born to Annie Willmore and Frederick Davies. His older sisters are Peg, Irene, Joyce, Rosie, Dolly, and Gwen Davies and a younger brother Dave.

Having gained an interest in music, his sister Renee, bought him a guitar at age 13. He since received guitar lessons from his brother in law. Davies received education at William Grimshaw Secondary Modern School (now Fortismere School). In 1962, he enrolled at the Hornsey College of Art, London dropping out the following year.

Ray Davies' interest in music surged while at Hornsey. In 1962, he sought music advice from musician Alexis Korner, who in turn introduced him to a promoter Giorgio Gomelsky. Giorgio allowed Davies to play at his Piccadilly Club alongside the Dave Hunt Rhythm & Blues Band. This led to the formation of the Ray Davies Quartet along with his brother Dave and two classmates.

Also, he played guitar for the Dave Hunt Band for just six weeks. He then played for Hamilton Band until 1963. The Ray Davies Quartet later changed to the Ramrods, The Bollweevils, and The Ravens.

In 1964, the Ravens earned a contract with Pye Records and therefore settled on the name, The Kinks. Davies then became the leader and songwriter of the band. He wrote the bands hit songs “You Got Me” and “All Day All of the Night.” His earlier compositions also include “Something Better Beginning” and “You Still Want Me.” The band achieved great commercial success between 1966 and 1975, during his leadership.

Throughout the period, they also experimented various music styles. Despite achieving success with their releases, the band had several infightings. Davies and his younger brother Dave had a rocky relationship that affected the band throughout its career.

In 1976, a change in record label from RCA to Arista gave birth to new songwriting skills from Ray Davies. He dropped the previous theatrical concept and rock operas to adopt a straightforward type of songs.

This is evident in albums like Sleepwalker, 1977, and Misfits in 1978. The style changed again in the 1980s when the Kinks shifted towards mainstream arena rock. This brought the band some commercial success. Subsequently, they released studio albums including Low Budget, 1979, Give the People What They Want, 1981, and World of Mouth in 1984. The Kinks have several other albums.

Ray Davies released his debut solo album Return to Waterloo in 1985. The album accompanied a television film he had written and directed. Subsequently, he released five albums including The Storyteller, 1998, Other People’s Live, 2006, Working Man’s Café in 2007. The rest are The Kink Choral Collection, 2009, and Americana in 2017.

In 1994, he released the autobiography X-Ray. Aside from music, he is into production and directing. His films include Return to Waterloo in 1985, Weird Nightmare, 1991 and Americana in 2008.

Ray Davies has married three times. His first marriage was to Rasa Dispetris from 1964 to 1973. The couple had two daughters, Victoria Davies, and Louisa Davies. The divorce had a substantial effect on Davies that he tried suicide by drug overdose. Subsequently, he received a diagnosis of bipolar.

His second marriage was to Yvonne Gunner from 1974 to 1981 with no children. Afterward, he entered into a relationship with Chrissie Hynde of The Pretenders fame. They had a daughter Natalie Rae Hynde. He then married his third wife Patricia Crosbie and had a daughter Eva Davies.

During the 2017 New Year Honours, Ray Davies was knighted for his services to the arts. Along with members of the Kinks, he received induction into the Rock and Roll Hall of Fame in 1990, and UK Music Hall of Fame in 2005. Queen Elizabeth II honored him CBE on March 17, 2004, for "Services to Music."