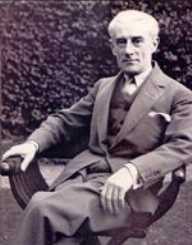 Maurice Ravel was born on March 7th, 1875 in Ciboure, France. He was a famous pianist and a composer by profession. His composition works were primarily impressionistic. When Ravel was only 14 years of age, he was enrolled in one of the music colleges in Paris. His style of music was different from what people had been used to, and this is what earned him great respect in the industry. His exceptional style of music was attributed to his diverse nature in music as he loved French Baroque, Mozart, Bach, and American blues. Ravel passed away at the age of 62.

Joseph Maurice Ravel was born on March 7th, in 1875. His father was called Pierre-Joseph Ravel. He was an engineer and was also considered as a successful engineer. His mother was named Marie Delouart. During his early education, Ravel enrolled for classes at the Paris Conservatoire.

Maurice Ravel continued studying at the Paris Conservatoire from the time he was 14 years old to the time when he was in his early 20s. The major works that he gained famous for around this time were Pavane pour une Infante défunte-1899, Jeux d'eau-1901 (which was also referred to as “Playing Water” or “Fountains.” In 1903, he was also famous for the String Quartet¬-1903

Maurice Ravel was distantly placed intimate affairs as he never got the chance to tie a knot with anyone. In fact, there is no evidence detailing his involvement in any relationships with anyone. Sources claim that he once mentioned he was in an affair with his music career.

Maurice Ravel passed away on December 28th, in 1937. To this day, he is still hailed as one of the best composers of all time in the history of France.