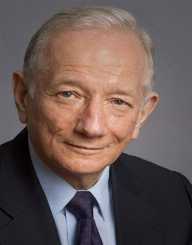 Jonathan Tunick is an American composer, musical director, and orchestrator. Born on April 19, 1938, he has won Grammy Award, Tony Award, Emmy Award, and an Academy Award. The achievements place him among the 14 people who have won all the top four American show business awards. The multi-award winning musician is also known for his work with Stephen Sondheim. The two began working in 1970 starting with Company. Their association continues to date.

Jonathan Tunick was born on April 19, 1938, in New York City. He showed great interest in music while growing up. Tunick received education at Hunter College Elementary School and continued at the LaGuardia Performing Arts High School. While there, he formed a dance band with other colleagues. Following his graduation, Tunick enrolled at Bard College for his degree. At this time, he has discovered his passion for music harmony and theory. He later went to the Juilliard School.

Tunick plays the clarinet as his main instrument. His involvement in theatre and partnership with Stephen Sondheim has been the basis for his music career. After graduating from school, Tunick pursued a career as a composer, arranger, and director. He made a stage debut in 1957, with “Take Five.” Subsequently, he did works like “All in Love,” 1961, “Promises, Promises” 1968, “Here’s Where I Belong,” 1968, and “Dames at Sea.” Tunick and Sondheim’s collaboration began in 1970 with Company. Following that success, they did works like Follies, 1971, A Little Night Music (1973), Pacific Overtures (1976), and Sweeney Todd (1979). Others works include Merrily We Roll Along(1981), Into the Woods (1987), Passion (1994) and Putting It Together (1999). Tunick’s Broadway musicals include A Chorus Line (1975) and Nick & Nora (1991).

Tunick has also worked with several musicians as an arranger or conductor.

In March 2012, Tunick’s band “Broadway Moonlighters” performed at Birdland. He has worked with the likes of Judy Collins, Sir Neville Mariner, Paul McCarthy, and Itzhak Perlman. Others include Kiri Te Kanawa, Barbara Streisand, Johnny Mathis, Brain Asawa, and Placido Domingo among others.

Jonathan Tunick has won all four major awards in the American entertainment industry. He received an Academy Award in 1977, Emmy Award, 1982. He received Grammy Award, in 1988, for the song, "No One Is Alone." and Tony Award in 1997 for his work on the musical Titanic. The feat makes him one of the 14 people who has received all four major showbiz awards. He also won the Drama Desk Award for Outstanding Orchestrations in 1994 among several awards. He received induction into the American Theatre Hall of Fame in January 2009.