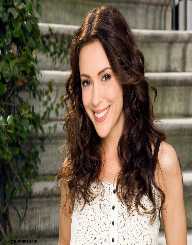 Alyssa Milano was born on December 19, 1972, in New York City, New York, USA. Her parents are Lin and Thomas Milano. Her brother is Cory Milano.

Alyssa Milano’s acting career began when she was only a child. One of her earliest roles was as Annie in Annie! Alyssa Milano was only 8 when she took on this role. Even though it was early on in her life, it inspired a lifetime love of acting.

In the 1980’s, Alyssa Milano had many child/teenage roles in television shows and made for television films. Some of her earliest projects include Cannonball Fever, The Canterville Ghost, and Who’s The Boss? The latter of these projects was her most famous early work. She began playing her character (Samantha Micelli) in 1984 and continued until the show’s end in 1992.

Milano’s adult career began in the 1990’s, and with it, new types of roles opened up to her. Alyssa Milano acted in films and made-for-television movies for the most part. Some of her most famous projects from this decade include Conflict of Interest, The Outer Limits, Glory Daze, Deadly Sins, and Melrose Place. Melrose Place was arguably her most famous work of the decade, as she appeared in 40 episodes of the drama as the character Jennifer Mancini.

In the 2000’s, Alyssa Milano continued to act in movies and television shows. One of her most famous shows from this decade was Charmed which she appeared in from 1998 to 2006 as the character Phoebe Halliwell. Some of her other impressive works from this decade include parts of Kiss the Bride, Single with Parents, My Name is Earl and Pathology.

Alyssa Milano has her own sports fashion line called Touch. Her clothing line is for several sports, including football and basketball. Both the NFL and MLB sell her clothing in their online clothing shops.

In 2010, Alyssa Milano published the Memoir Safe at Home: Confessions of a Baseball Fanatic. Her newest book, Hacktivist, was released in 2014. Hacktivist 2 was also released on February 26th 2014.

In 2004, Alyssa Milano became an ambassador for UNICEF. Since then, she has visited countries in Africa (including South Africa) and worked to help those in need. She often hosts charity events to raise money for good causes.

Alyssa Milano has won over half a dozen acting awards and has been nominated for the same amount. Some of her most impressive awards are listed below.

Alyssa Milano was first married to Cinjun Tate in 1999. However, the marriage did not last long, and the couple divorced in 2000. She later married David Bugliari in 2009. Together, this couple has two children: Elizabella and Milo.