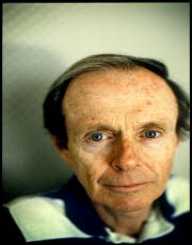 Hubert Selby Jr. was born on July 23rd, 1928. He was a prominent American writer. His most notable works as a writer include Requiem for a Dream and Last Exit of Brooklyn. These two novels were later adapted as films. In these movies, Selby featured briefly on both.

Hubert Selby Jr. was born on July 23rd, 1928. His place of birth was in Brooklyn, New York City. His father, Hubert Selby worked as a coal miner and later as a merchant seaman. His mother was called Adalin.

For his high school education, Hubert Selby Jr. enrolled with Stuyvesant High School. However, when he was 15 years old, he dropped out of school. After this, he followed his father’s footsteps to become a merchant seaman. He began working in the business field in 1947. The same year, he was found to be suffering from tuberculosis. According to the medics, Selby would only manage to survive for only one year.

Following his sickness, Hubert Selby Jr. underwent medications for about four years. This was primarily influenced by the fact that there were no antibiotics at the time of his illness. He also suffered severe complications after undergoing an experimental treatment with streptomycin. He had to be operated on to save his life. The operation process was successful although it was faced with complications. He, however, had to spend about a year recovering with associated pulmonary issues.

Hubert Selby Jr. had a difficult time finding himself a job owing to his poor health. During this challenging moments, he had already wedded and that he also had two children. Later, he began working on “The Queen is Dead” which was his first work. He developed the story for about six years before releasing it.

His second work called “Tralala” was highly criticized as it was harsh with the choice of words. He later combined his first two works with other short stories to make his debut novel called Last Exit to Brooklyn -1964. The publication of the work was done by Grove Press. This novel earned Selby immense fame, and it appealed to audiences such as Allen Ginsberg, a renowned American poet. Selby’s other publications included The Room, The Demon, Willow Tree and Waiting Period.

Hubert Selby Jr. tied the knot to Suzanne Selby in 1969. He maintained his childhood nickname “Cubby” throughout his adult years.