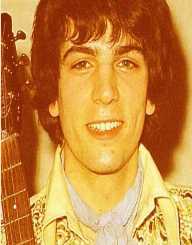 Syd Barrett was born Robert Keith Barrett on January 6, 1946, in Cambridge, England. He was the fourth of a five-children household. His parents were Arthur Max Barrett and Winifred Barrett. There are several theories as to where his nickname “Syd” came from. Some say that he gained the nickname at a childhood camp, while others say he knew another musician named Sid and liked the name.

Syd Barrett’s first supporters in his musical career, and forever his biggest fans, were his parents. They encouraged him to practice music and the arts. Before he was an adult, Barrett had already learned how to play the piano, guitar, ukulele, and banjo. He was also extremely interested in writing and art. Syd Barrett spent much of his time as a teenager in his bedroom writing poetry. This is likely where he first learned how to write lyrics.

Syd Barrett attended the Morley Memorial Junior High School for his primary education. He later when one to visit the Cambridge High School for Boys. Syd Barrett entered the Camberwell College of Arts in 1962 to study painting. It was there that he met the students who would help him to form his famous band, Pink Floyd.

As a teenager, Barrett started his first band, Geoff Mott, and the Mottoes. The group broke up in 1962, but Barrett continued to pursue music on his own. He would play at parties to earn extra money.

Some of his favorite songs to play were Beatles covers, and the band would later prove to be an inspiration for his later music. Other dominant influences on his music would then be the Rolling Stones and Bob Dylan.

Pink Floyd, formerly called The Sigma 6, and then The Tea Set before finally becoming Pink Floyd, the most famous band Barrett would ever be a part of, was formed while he was still in college in 1965. Barrett was the lead singer and guitarist of the band. Other students from the area also joined his group. Nick Mason played the drums, Roger Waters played the bass and did some vocals, and Richard Wright played the keyboard and even did some vocals for the band.

The band first began to gain popularity in London’s underground music scene. The band experimented with psychedelic rock, which helped them to stand out from many of the other groups playing at the time. The band’s unique music gained them a fanbase like no other, which boosted their popularity throughout England.

Barrett’s time in Pink Floyd was memorable. While in the band, he helped to produce number singles and their debut album, The Piper at the Gates of Dawn in 1967. That same year, David Gilmour joined the band.

In 1968, Syd Barrett left Pink Floyd because he had been struggling with deteriorating mental health issues. These issues become worse with his use of LSD and other mind-altering drugs. His musical career suffered because of this, and he knew he had to leave the band. He was admitted to the hospital for some time because of his mental health problems, but he was never officially diagnosed with anything.

He was replaced as the frontman of the band by another Pink Floyd member, Roger Waters. The band did not hate him, though. They even released a song for him, titled, Shine on You Crazy Diamond.

Once Barrett’s mental health recovered, he released two albums in 1970 called The Madcap Laughs and Barrett. However, he only did one concert in the late 1960’s and early 1970’s.

In 1972, he joined a band with Twink Monck, and Jack Monck called The Last Minute Put Together Boogie Band. This band played openers and closers to other bands but never had much of a career. This group later formed another band, Stars. Barrett then released an album under EMI Records in 1988 called Opel. This contained both new and unreleased older music from the late 1960’s to early 1970’s.

In 1996, long after Syd Barrett had stopped playing music professionally, he was inducted into the Rock and Roll Hall of Fame. This was for his role of a founder of Pink Floyd. However, he did not show up for the ceremony.

In the late 1970’s, Syd Barrett moved back in with his mother (his father had since died) in Cambridge. He focused on painting instead of music. For the most part, he stayed out of the spotlight, as he hated paparazzi.

Syd Barrett was diagnosed with pancreatic cancer shortly before his death. This sickness would be the cause of his death on July 7, 2006. He died where he was born, in Cambridge, England. He was sixty years old.