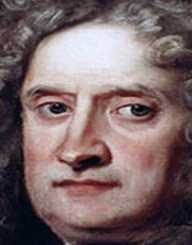 Renaissance Man Robert Hooke was an expert in many domains of science. His contributions ranged from architecture, astronomy, philosophy, biology, chemistry, and physics to the design and construction of scientific instruments& buildings.

Regardless of the numerous contributions that Hooke made in the field of science, he is not popular in the modern world as much as his contemporaries because of several disputes over his work that he had with Newton and other famous scientists of the time. As the chairman of the Royal Society of Science, Newton did a lot in his power to hamper Hooke’s reputation – going as far as not to save his only available portrait after his death.

Robert Hooke was born in England, on July 28, 1635. His father John Hooke was a priest, and his mother was Cecily Gyles. Much of Hooke’s life was spent on the Isle of Wight. He had three siblings.

Robert Hooke had impressive drawing skills from childhood, and he demonstrated the same with his work on clocks to his father.

When Robert was 13 years old, his father died and left him a lot of money. With this newly acquired wealth, Robert travelled to London and started working as an apprentice. But soon, he left the apprenticeship and joined the Westminster School, to learn Greek, Latin, Mathematics, and Mechanics.

After graduating from the Westminster School, Robert Hooke went to the University of Oxford’s Christ Church College. He studied experimental science there.

At 20 years of age, Robert Hooke became an assistant to a well-known chemist Robert Boyle. He was working with Boyle when he discovered the Boyle’s Law and assisted him in building several instruments to demonstrate the same. He worked with Boyle for seven consecutive years, after which he was appointed as the curator of experiments for the Royal Society of London. He held this position for 40 years.

In 1665, Robert Hooke published his most important work, a book named Micrographia. In Micrographia, he wrote about his findings while studying particles under a microscope. Due to the new and exciting discoveries he made and wrote about, Micrographia soon became one of the most important scientific books ever published – some even consider it the first scientific bestseller. It brought into the light, a new kind of world hitherto unknown, to the scientific community. He also coined the term cell – the foundation of all biology.

Before this, Robert Hooke had also discovered the Hooke’s law, which describes how the stress and strain in an object are related to each other. Hooke took an example of spring to demonstrate this.

Robert Hooke made significant contributions to the field of gravity. In 1670, he correctly predicted that all celestial objects have the force of gravity which decreases with an increase in distance. Although he did not calculate the inverse square law relationship, which was attributed to Newton, he predicted it.

Robert Hooke also proposed that if the gravity would be absent, then the bodies would move in a straight line.

In 1657 Robert Hooke improved the accuracy of the pendulum clock and allowed the proper measurement of time.

Robert Hooke was one of the first people to state that fossils were the remains of living things that were preserved between rocks. Some of the scientists of his generation did not agree with him, partly because of these ideas were not known to them. Naturally, this led to many disputes between them and Hooke and this destroyed his reputation to a large extent.

Robert Hooke was also an architect. When a lot of buildings were destroyed in the Great Fire in 1666, Hooke worked with Christopher Wren to survey and design many of the important structures such as the Royal Observatory in London.

Robert Hooke was not physically very fit. He was never married. His only romantic interest was his niece – Grace Hooke who died in 1687 leaving Robert devastated. Robert is often pictured as a sad, jealous and bitter human being in history. But his diary and viewpoints of some others close to him contradict this fact. Much of this bad reputation is attributed to the famous scientists like Issac Newton, who often were indulged in disputes with Robert.

The world today recognizes Robert Hooke as one of the most important scientists of the 17th century and all time.

Robert Hooke passed away on March 3, 1703. He spent his last years in the Isle of Wight. He was 67 years old, and he died a weak but very wealthy man.