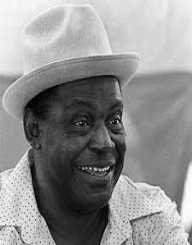 Williams James Dixon was a prolific American blues musician, vocalist, and songwriter. Born on July 1, 1915, he was also an astute record producer, arranger. Dixon had a uniquely powerful voice and was exceptional in playing the upright bass and the guitar.

He is best known for his strong influence on the on the Chicago blues after the World War II. His most famous compositions include Little Red Rooster, I Just Want to Make Love and You Can’t Judge Book by the Cover among several others. Dixon has been inducted into the Blues Hall of Fame, Songwriters Hall of Fame, and the Rock and Roll Hall of Fame.

William James Dixon was born on July 1, 1915, in Vicksburg, Mississippi. His mother, Daisy, was a religious poet. She could rhyme everything she said; a skill young Dixon would also imitate.

He started singing in church at the age of four and later joined a gospel quartet. Growing up, Dixon served on the prison farms in Mississippi, and that was when he first was acquainted with blues.

In 1936, Willie Dixon moved to Chicago. Not only a music fan, but Dixon was also a sportsman and in 1937, won the Illinois Golden Glove amateur heavyweight boxing championship. He since took up boxing as a profession and briefly worked as a sparring partner for Joe Louis. Dixon quit boxing after some disagreement with his manager over money.

Willie Dixon had been performing in vocals groups in Chicago but had not taken music seriously. It took Leonard Caston, who he met at a boxing gym to convince him to take music as a career. He learned how to play the bass and guitar.

According to him, he could not fight for a nation that has institutionalized racism. Dixon formed the group Four Jumps of Jive and later the Big Three Trio with Caston and recorded for Columbia Records.

In 1948, Willie Dixon signed to Chess Records as an in-house bassist and arranger. These tasks reduced his performance rate. He became a full-time employee of the label in 1951, serving as a staff songwriter, session musician, producer, and talent scout. His upbeat blues compositions during this time influenced the 1950s Chicago blues sound.

He also served in that capacity at Cobra Records from 1956 to 1959. During this period he produced singles for Buddy Guy, Magic Sam, and Otis Rush. After leaving Chess Record, Dixon recorded for Bluesville Record, and it's from the 1960s to 1970s. He embarked on a Europe tour with the American Folk Blues Festival and later formed the group, Chicago Blues All-Stars.

The band traveled widely throughout the US and Europe. He later formed the record label Yambo Records and its subsidiaries, Spoonful and Supreme and released the album Peace? In 1971.

Willie Dixon founded the non-profit organization, Blues Heaven Foundation, to assist blues musicians both old and new. It aimed at helping the musicians who had been exploited in the past to gain copyrights and royalties.

Willie Dixon married Marie Dixon. He had diabetes resulting in his leg being amputated. He died on January 29, 1992, of heart failure in Burbank, California. He was interred in Burr Oak Cemetery in Alsip, Illinois. In 1989, he published his autobiography; I Am the Blues.