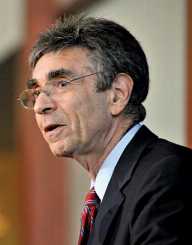 Martin Rodbell was a prominent American Biochemist born in 1925. He is best remembered for his G-proteins discovery. The discovery earned him the 1994 Nobel Prize. He shared the prize with his associate Alfred G. Gilman. They both worked for hand in hand in contributing great developments to the field of medicine or physiology. Martin Rodbell started his first research work in National Heart Institute located in Bethesda. It was then that he discovered five different kinds of proteins with his research on lipoproteins.

He later focused his attention to research the functions that hormones have in isolated cells. Despite his huge success in his career Rodbell maintained his friendly and warm being. He had a great impact on those in the field of medicine and always encouraged young individuals to conduct various researchers.

Martin Rodbell was born on December 1st, 1925 to a Jewish family. His place of birth was in Baltimore, Maryland in the United States. He was the son of a grocer Milton Rodbell and Shirley Rodbell. He had two siblings, a brother, and a sister.

Martin Rodbell began his elementary studies in a public school. Later he joined Baltimore City College High School for his high school education.  The school put their emphasis in the study of English. Rodbell, therefore, was influenced into loving language with French as his favorite.  He also developed an interest in mathematics and Chemistry along the way. He completed his high school studies and enrolled at John Hopkins University in 1943. A year later he dropped his studies to serve as a radio operator in the U.S. Navy.

He was released from military and returned to John Hopkins University in 1946 to continue his studies. He decided to study biochemistry with the influence of Professor Bentley Glas. He attained a degree in biology in 1949. He took his doctoral studies at the University of Washington in Seattle. He later completed his Ph.D. in 1954.

After completing his Ph.D., Martin Rodbell joined the University of Illinois in Urbana, Champaign in 1954. There he served as a postdoctoral fellow. He conducted his research under Herbert E. Carter. He was later offered a job at the National Heart Institute in Bethesda situated in Maryland. He served at the institute as a research biochemist and maintained worked there till 1994 when he retired. During his research, he was able to identify five types of proteins. He did this with the assistance of a fingerprinting technique that he had developed.

In 1960 Martin Rodbell received a fellowship to study at the University of Brussels. He continued his research on cell biology and at the same time learned numerous new techniques. He also researched Leiden, Netherland and later returned to the US.  He then joined the Institute of Arthritis and Metabolic Diseases of NIH. He then conducted his researches in the Nutrition and Endocrinology laboratory that belonged to the institute. After working on his experiments for a while, he published his findings in 1964. The title of the article was The Metabolism of Isolated Fat Cells. The article was of great success and was rated among the best works in the 1960s and 1970s. In 1984 he was presented with the Gairdner Foundation International Award.

In 1985, Martin Rodbell became the scientific director of NIH's National Institute of Environmental Health Sciences. This was in the Research Triangle Park in North Carolina. He worked there for the rest of his career.   He received Richard Lounsbery Award in 1987. He also worked in the Duke University from 1991 as cell biology’s Adjunct Professor. He left the university in 1998.

Martin Rodbell wedded Barbara Charlotte in 1950. Together they had four children: Paul, Suzanne, Andrew, and Phillip.

Martin Rodbell succumbed to the cardiovascular disease on December 7th, 1998. He died while receiving treatment in Chapel Hill situated in North Carolina. He was 73 years old at the time of his death.