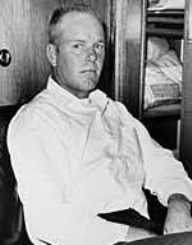 Richard Loving was born on the 29 October 1933 in Caroline County, Virginia.

Richard Perry Loving grew up close to where his future wife Mildred Delores Jeter (b.1939) lived and when they met and fell in love, they wanted to marry. At the time interracial marriage was illegal in the Commonwealth of Virginia because of the Racial Integrity Act of 1924. The couple decided to marry in another state and on the 2 June 1958, they got married in Washington D.C.

When the couple returned to Caroline County, Virginia they were arrested in their home on the 14 July 1958 by Sheriff Garnett Brooks and two deputies. They were prosecuted and convicted on the 6 January 1959 for violating Virginia’s anti-miscegenation law. They were each sentenced to a 12-month jail term in state prison. The presiding judge, Judge Bazile, then indicated that he would suspend their sentences if they left the state for 25 years. The couple decided to relocate to Washington D.C.

Missing their families, they wrote to the U.S. Attorney General Robert Kennedy (1963). Kennedy, in turn, contacted the American Civil Liberties Union, and Philip Hirschkop and Bernard Cohen were the attorneys who were assigned the case. An appeal was lodged with the Virginian Supreme Court of Appeals on the 11 February 1965 and denied on the 7 March 1966.

The couple returned to Caroline County and lived with their three children. Then on the 29 June 1975, a drunk driver veered into the Loving’s family car and killed Richard Loving. Mildred Loving lost an eye in the tragedy.

The 12 June is commemorated as Loving Day across the United States.