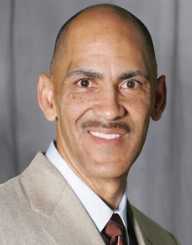 Anthony Kevin Dungy also was known as Tony Dungy was born on October 6, 1955, in Jackson, Michigan. His parents, Wilbur and Clomae Dungy, were both educators by profession. And his father was a science professor and his mother, a high school teacher.

Tony and his siblings were raised in an environment where education was particularly of great importance and considered sacred. He and his three siblings studied proficiently.

Tony was an outstanding student and was prominent in both academics and sports. As an excellent athlete, he was a part of the school’s basketball, football and track team. He was elected as the student body president of Jackson High School at the age of 14.

Tony enrolled at the University of Minnesota on a full football scholarship in 1973. In his four year career with the Gopher, he started as the team’s quarterback. He was brilliant at the game and had a very impressive career record.

In spite of an outstanding college career in football, Tony Dungy was not signed in for the professional game in any NFL team.

Although he did not make it to the 1977 NFL draft, he became a defensive back of the Pittsburgh Steelers and finally signed him. Throughout 1977 and in the 1978 Super Bowl championship, he played as a defensive reserve and a special team player. He eventually headed the team during intervals in the latter tournament.

Steelers traded Tony Dungy off to San Francisco 49ers in 1979. His involvement with the 49ers did not last for more than one season. Tony was traded again in 1980, this time to the New York Giants.

While at the New York Giants, he made it to the preseason club but discontinued before the actual season begun. He eventually, announced his retirement from playing football.

Tony turned to become the defensive backfield coach in 1982. He was promoted to the rank of defensive coordinator after two years. The Kansas City Chiefs hired him as its defensive back’s coach after his last season with the Steelers in 1988.

He took over the position of defensive coordinator for Minnesota Vikings in 1992. And his defense was ranked first in the NFL during this term.

Tony Dungy had the breakthrough in his career in 1996 as he fulfilled his ambition of becoming the NFL head coach. He had the first coaching opportunity with Tampa Bay Buccaneers which was an unsuccessful team.

Lacking both respectability and success, the Buccaneers was the underdog team in the NFL at that time. Things changed significantly for the better. The team progressively moved up the ladder gaining victories one after the other.

Despite the fact that the team performed remarkably well at their home games, they lost all their games on the West coast despite great efforts. The team finished second in the NFC Central Division.

In 1999, 2000 and 2001, under his leadership, the Buccaneers regularly made it to the playoffs. Tony Dungy led the team from being an underdog team to a playoff contender and became one of the best in the NFL. Moreover, his career ended with Tampa Bay Buccaneers in 2001 due to the repeated loss at the playoff.

Tony was hired as the head coach at Indianapolis Colts. The team performed very well on the offensive side, its defense was poor and not up to the scale.

Though he trained the players with his defensive tactics and strategies, the team wrestled all through showing mixed results after the season ended. In 2003 and 2004, they lost their postseason games to New England Patriots. Tony Dungy still managed to secure a three-year contract extension in 2005.

Tony Dungy is a humanitarian and has been actively involved in assisting the community. At the Fellowship of Christian Athletes and Athletes in Action, he served as a public speaker. He championed many charitable causes such as foster Parenting, Boys and Girls Club, The Prison Crusade Ministry, Big Brothers and Family First.

The Basket of Hope, which is a non – profit organization, is one of Tony’s pastimes. Tony Dungy serves as the national spokesman. It is an NGO which provides a basket full of goodies to children at the Riley Hospital for Children.

Tony Dungy worked with the NBC Sports as a studio analyst on the Football Night in America, the network’s weekly Sunday Night Football pregame show.

He also has a remarkable literary career besides from football. He wrote best-seller non-fiction books. His first book reached the No.1 status in the New York Times Best Seller list, ‘Quiet Strength: The Principles, Practices, and Priorities of a Winning Life.’

For 32 weeks, ‘Quiet Strength’ maintained its position on the New York Times Best Seller list. It was reputed to have more than t 1,000,000 copies. It was the first ever ranked number 1 NFL- related book.

In 2008, Tony wrote a book that achieved a number 1 status in the New York Times Best Seller list. It was a 24-page children’s picture book called ‘You can Do It with Little Simon Inspirations.’

Subsequently, he wrote yet another non –fiction book called the ‘Uncommon: Finding Your Path to Significance.’ This time, for 9-10 weeks it reached number 2 on the vaunted New York Times Best Seller list. The ‘Uncommon’ gives its readers the needed tips on what it takes to be a significant person.

Tony Dungy released another book that debuted at number 2 best seller ‘The Mentor Leader’ in 2012. It stayed on the top ten for 10 to 5 weeks on the New York Times Best Seller.

His playing ability caught the public eye during his years at the University of Minnesota. At a young age, he was an excellent player. He is the third person in NFL history to win a title as a player and as a head coach.

Intriguingly, despite his outstanding talent and excellent skills of the game, Tony Dungy was not enlisted into any NFL teams. Finally, he obtained himself a place with the Pittsburg Steelers and later with San Francisco 49ers and New York Giants. He later served as the assistant coach at his former club.

Tony Dungy had seven children with Lauren Harris of Pittsburgh. They have two daughters, Tiara and Jade and five sons. One of the boys took his own life in a suicide bid.