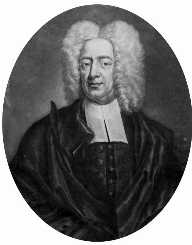 John Cotton was born on December 4, 1585, in Derby, Derbyshire, England. His parents were Mary Hurlbert and Rowland Cotton. He also had three siblings.

As a young man, John Cotton attended the Derby School. Here, his studies focused primarily on religion. When his studies were finished here, he was officially ordained as a priest.

John Cotton later attended Trinity College. He earned his bachelor’s degree from this school in 1603. He then went on to study at Emmanuel College to earn his master’s degree, which he did in 1606. He continued his education after this, mostly studying language, but he did not earn any further degrees from this school.

John Cotton later received a Bachelor of Divinity degree in 1613 after continuing to pursue his religious studies within the church system.

In 1612, John Cotton began preaching at Saint Botolph’s Church. At the same time, he continued his studies in religion. While doing this, he became interested in the Puritan sect of Protestantism. This sect wanted not to rid of the Church of England completely but instead to change it to better it.

However, this did not work out, and they eventually had to leave the church entirely. The Puritans also differed from those in the Church of England or Catholics because they paid more attention to the Old Testament than to the New. Moderation was also key for the Puritans. Morality and a close relationship with God were also some of the main points that Puritans believed in.

As John Cotton became more involved with becoming a Puritan, he started to hate the ideals of both the Catholic church and the Church of England. He believed that the church needed to be reformed and that God had called him to do just that. While preaching, he shared his beliefs, and others started to listen to him and agree. In 1615, he even opened his church especially to preach about his beliefs.

One major problem with John Cotton was that, at the time, England was mostly Protestant, as Henry VIII had broken away from the Catholic Church and created the Church of England about fifty years earlier. Since then, Queen Mary I had switched back to Catholicism, but Elizabeth I was more tolerant. At the time of Cotton’s sermons, James I (also known as James VI of Scotland) was ruling England, and he was not a fan of religious reformers, especially ones that supported nonconformity, like Cotton.

In the 1620’s, John Cotton began to get in trouble with the English authorities for what he was preaching. Legal action was taken against him, and he was eventually forced to leave England in 1632. When he left England, he moved to the new world and settled in the Massachusetts Bay Colony in North America.

Once in North America, John Cotton began preaching at the First Church of Boston. He would go on to preach here for the rest of his life.

Throughout his years as a preacher, he wrote his sermons, as well as several books. Some of the books he has written are listed below.

John Cotton was first married to Elizabeth Horrocks in 1613. The marriage sadly ended with Elizabeth’s death a short time later. Cotton remarried in 1632 to Sarah Story. This couple had six children together: Elizabeth, John, Maria, Rowland, Sariah, Seaborn, and William.

Near the end of his life, John Cotton became deathly ill. He died on December 23, 1652, in Boston, Massachusetts Bay Colony. He was 67 years old when he passed away.