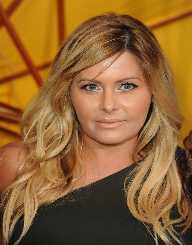 American actress Nicole Elizabeth Eggert, widely acclaimed for her role in the popular beach action drama Baywatch, the world-famous syndicated TV series, was born on January 13, 1972, in Glendale, California, United States of America. Daughter of a German-born canning company executive Rolf Eggert and British-born talent agent Gina Duncan, Nicole’s mother got her enrolled as a contestant in the petite division of the Miss Universe beauty contest when she was only five years old. She went on to win the contest and became Miss Universe in the petite division very early in her life. Her demand as a child actress rose phenomenally after winning the said contest, and she started to get offers from many television commercials including a role in a Johnson's Baby Shampoo commercial.

Nicole Eggert launched her full-fledged acting career soon after appearing in some TV commercials. She began her acting career in 1979, where she portrayed the character of ‘Mary Beth Denton’ in a television film titled ‘When Hell was in Session.’ After appearing in a made-for-TV movie titled ‘When She Was Bad…’ in the same year, she made her feature film debut in 1980. She was cast opposite Jacqueline Bisset and Candice Bergen, for playing the role of ‘Debby Blake,’ the young daughter of Bergen’s character in her debut movie ‘Rich and Famous.’ In the same year, she lent her voice for Dennis's sworn adversary, the snotty Margaret Wade in ‘Dennis the Menace in Mayday for Mother.’ It was the first animated adaptation in the Dennis the Menace trilogy.

During the early and mid-1980s, Nicole appeared in a number of television shows and some major films including her twin television shows in 1981 viz., ‘Today's F.B.I’ and ‘Fantasy Island,’ ‘The Clan of the Cave Bear’ and ‘I Dream of Jeannie... Fifteen Years Later’. In 1982, she landed a prime role in a recurring capacity as William Shatner's daughter on the police drama ‘T.J.Hooker.’ She successfully bagged another recurring role in the popular situational comedy series ‘Who's the Boss?’ She played the role of Marci Ferguson, a friend of the character Samantha Micelli, which was portrayed by Alyssa Milano. She appeared in the show in the episodes released during 1985-1986.

In 1987, Nicole Eggert hogged the limelight and rose to prominence attracting her first ever true national stardom, when she starred on the sitcom ‘Charles in Charge’ as Jamie Powell. On June 25, 1989, she along with Richard William Wheaton III hosted the second annual Nickelodeon Kids' Choice Awards. She was seen in the television series ‘The Super Mario Bros. Super Show!’ in a guest appearance in the same year.

She appeared in the TV movie adaptation of Danielle Steel's Secrets portraying the character of Alexa Adams in 1992.  Nicole Eggert completely metamorphosed her image from a captivating child artist to a bombshell sex symbol, when she appeared as ‘Summer Quinn,’ one of the many lifeguards on season 3 and 4, in the renowned syndicated series, a world famous beach drama ‘Baywatch.’ She had to get a breast implant, sign a contract agreeing not to gain any weight and had to pass a swim test to grab the role. Though she was supposed to return on the spin-offs of the beach action drama, she only returned for the reunion movie ‘Baywatch: Hawaiian Wedding’ (2003).

Nicole Eggert along with celebrity actress like Yasmine Bleeth, Pamela Anderson, and Carmen Electra formed the group of ‘Baywatch Girls’ and became the celebrity crush of the world after their appearance in the highly popular syndicated series. However, in spite of all the fame and attention, she soon found her role a little ignominious and left the show in 1994. After quitting the show, she first decided to reduce her breast implant and later wholly removed the same.

After leaving the Baywatch team, Nicole appeared in a number of Television series including some episodes of ‘Married with Children’ (1996), ‘Boy Meets World’ (1999), and ‘Gilmore Girls’ (2001). She also played some major roles in the films like ‘Thank You, Good Night’ (2001), ‘What Lies Above’ (2004), and ‘A Christmas Proposal’ (2008). She portrayed the character of Ginger in the first edition of the TBS network's reality show ‘The Real Gilligan's Island’ in 2004. She participated in the winter 2010 season of Celebrity Fit Club, a reality TV series, which followed the weight loss process of eight overweight celebrities. In the same year, she appeared on the Comedy Central Roast of David Hasselhoff. In 2007, she appeared on ‘Scott Baio Is 45...and Single’, another American reality television show also featuring Scott Baio, her former co-star in ‘Charles in Charge.’

Nicole Eggert was featured on the cover of the debut album ‘Lemonade and Brownies’ of rock band Sugar Ray in 1995. In 2014, she took a break in her acting career and started a new career as the owner-operator of an ice cream truck while exploring other options of bringing fun in her life. She assumed it to be a family business with an intention to usher pure fun uniquely and innovatively.

Nicole Eggert was in a long-standing relationship with Canadian actor Corey Haim, her co-star in ‘Blown Away’ (1992), ‘The Double 0 Kid’ (1992) and ‘Anything for Love’ (1993). The actor credited her with saving his life during a ‘Narcotic Rush.’ They got engaged in due course.

Nicole married Justin Herwick, an American actor, in 2000. They have a daughter together from the marriage. The marriage did not last long and ended with divorce in 2002. In July 2011, she gave birth to her second daughter Keegan.

She pursued her education through on-set tutors and night classes as she was acting full time from the age of five. As a student, she was very bright, attentive and eager to learn, though, the early fame as a child actress spoiled her a bit.