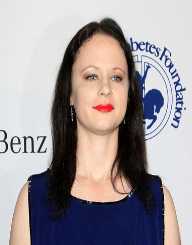 American actress Thora Birch was born in Los Angeles to actors Jack Birch and Carol Connors on the 11 March 1982. She has one sibling, a brother Bolt.

Thora Birch started appearing in commercials at a young age. By the age of six, she had appeared in forty national commercials. She then won a role in Day by Day (1988) and was awarded a Young Artist Award for her role in Purple People Eater (1988).

Thora Birch appeared in Parenthood (1990) which starred Leonardo DiCaprio and David Arquette. In 1991 she had a role in Paradise acting alongside Don Johnson and Melanie Griffith. Next was Patriot Games (1992) playing Harrison Ford’s daughter and also acting in the sequel Clear and Present Danger (1994). Other roles include in All I Want for Christmas (1992), Hocus Pocus (1993) and Monkey Trouble (1994). In 1995, Birch appeared in the Demi Moore production Now and Then, and her next role was in Alaska (1996).

In 2012 Thora Birch starred in Petunia, a family drama set in New York.

Thora Birch was nominated for a Golden Globe Best Actress Award in 2001.

Thora Birch was fired from an off-Broadway theatrical production of Dracula in 2010 because her father had allegedly threatened one of the actors.