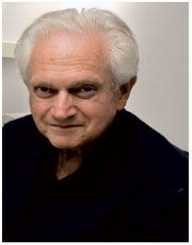 Marshall W. Nirenberg was born on April 10th, in 1927. He was a celebrated American geneticist and biochemist back in the day. He was bestowed with a Nobel Prize in 1968. This is an award he earned for “breaking the genetic code.” He went further to describe how the genetic code operates during protein synthesis. He shared the Nobel Prize with Robert W. Holley and Har Gobind Khorana. Nirenberg alongside Khorana was honored with the Louisa Gross Horwitz Prize by the Columbia University.

Marshall Warren Nirenberg was born on April 10th, 1927. His birthplace was in New York City. He was the son of Harry Edward Nirenberg and Minerva. His father worked as a shirt maker. When he was still a toddler, his family relocated to Florida. During this time, he had already developed a special liking for biology as his favorite subject.
Later on, Nirenberg went to the University of Florida where he earned his Bachelor of Science degree in 1948. He also went for his masters and graduated in 1952. With a special interest in biochemistry, he went for further studies at the Department of Biological Chemistry where he earned his doctorate in 1957.

After completing his doctorate studies in 1957, Marshall W. Nirenberg partnered with William Jakoby and DeWitt Stetten Jr. The three worked at the National Institutes of Health and that they were part of the American Cancer Society. It took a few years before Nirenberg was chosen to serve as the research biochemist for the organization.
In 1959, he initiated his research on the relationship that existed between RNA, DNA, and protein. When he was carrying out this research, preceding scientists had documented that DNA was a molecule of generic information. Nonetheless, little was known about how DNA worked with proteins. The role that RNA had was also not known.

As a result, Marshall W. Nirenberg joined hands with Heinrich Matthaei in a move that was meant to break the genetic code. Following their extensive research, Nirenberg managed to showcase how genetic information contained in DNA could be translated into proteins. He continued with his research before finally unveiling the results in 1961 in Moscow. This brought high acclaim to his side.

Marshall W. Nirenberg was honored with the National Medal of Science in 1964. Four years later, he was bestowed with the National Medal of Honor by President Lyndon Johnson. The same year, in 1968, he took home the Albert Lasker Award for the Basic Medical Research he had done. Still, in 1968, he was awarded the Nobel Prize alongside Har Gobind Khorana and Robert W. Holley. They had broken the genetic code hence making an easier interpretation of it.

Marshall W. Nirenberg tied the nuptial knot to Perola Zaltzman in 1961. The lived happily together for 40 years before his wife passed away in 2001. Due to this unfortunate event, Nirenberg married Myrna M. Weissman as his second wife in 2005. Weissman came with four children into the new relationship with Nirenberg.

Marshall W. Nirenberg died on January 15th, in 2010. He had had cancer during the late stages of his life. He was 82 years old when he passed away.