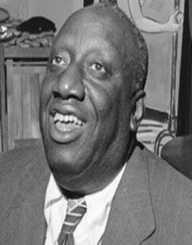 James Price Johnson was born on 1st February 1894, to William Johnson and Josephine Harrison. He was born in New Brunswick, New Jersey, in the United States. His father was a mechanic as well as working in a shop, and his mother was a maid. In 1908, Johnson’s family moved to New York City, and in 1911 moved to uptown New York City.

In 1912, James P. Johnson got his first job as a pianist. He decided to pursue a musical career, and from 1913 to 1916, he studied the European piano tradition with Bruto Giannini. Johnson also continued with his native ragtime piano skills which were what he had grown up with.

In 1914, He met Willie Smith, a fellow pianist, and the two became best friends over the years. Smith and Johnson were two of the best pianists at playing the “stride” style.

In 1918, Johnson and Lillie Mae Wright, a singer he accompanied, toured together as part of the Smart Set Revue. They had been performing for several years together and married in 1917. After the tour, they settled back in New York.

By 1920, James P. Johnson had made a reputation for himself as a pianist, and he worked with several different companies to make player piano roll recordings over the next seven years. He also me George Gershwin during this period, as Gershwin was a piano-roll artist himself at the time. He continued to hone his skills, and accompanied many vocalists over the next few years, became very versatile at meeting the demands of different singers.

He then began to record his own compositions, including, Harlem Strut, Carolina Shout, and Keep Off the Grass.

In 1922, James P. Johnson took on the role of musical director for the stage revue, Plantation Days. The revue played in England for four months as well as the U.S. In 1923, Johnson wrote his revue, Runnin’ Wild, which toured for over five years, including showing on Broadway. Arguably his biggest hit, Charleston, debuted in Runnin’ Wild. Johnson wrote many hits through his career. He was so successful as a famous composer that Johnson qualified as a member of ASCAP in 1926.

As the Depression took hold, Johnson’s popularity and his style of music gradually diminished. Swing had become popular, and Johnson couldn’t adjust to the new style. He received the composer’s royalties which gave him a steady income, and it allowed him to return to study, as well as to write musical revues.

In the late 1930s, jazz saw a revival in interest, and Johnson’s popularity once again began to grow. He performed at Carnegie Hall in 1938 and 1939 as part of the Spirituals to Swing concerts.

In August 1940, James P. Johnson had a stroke. It was 1942 before he resumed performing, and when he made his return, he had a heavy workload. He performed, composed and recorded. Bands were becoming racially integrated as well. In 1944, he performed his stride piano style with Smith for several months. He recorded for several record labels, including Black and White, and Decca, amongst others.

In 1945, he performed with Louis Armstrong, and he was also a regular guest on the radio broadcast, This is Jazz. In 1951, he retired after suffering a severe stroke that left him paralyzed. He still had his income from royalties to keep him going financially.

James P. Johnson had many of his compositions used as film scores over the years, from 1929 through to 2007. These included movies like Dancing Lady (1933), The Great Gatsby (1974), and Perfect Stranger (2007). He also had 16 albums released, and in more recent years, many have been reproduced on CD.

Among his awards and honors, James P. Johnson has the following:

1970:   Inducted into the Songwriters Hall of Fame