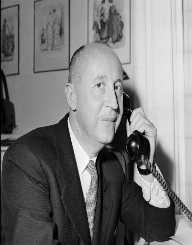 Christian Dior was born in 1905 in Normandy, in France. His father was a successful manufacturer of fertilizer, Maurice Dior. The family firm was called “Dior Frères.” Mother of Christian Dior was Isabelle Cardamone. He had four other siblings. At the age of five, the family moved to live in Paris.

Despite the parent’s wish for Dior to develop a career in politics, Christian Dior was more interested in arts. He started making fashion sketches at a very early age. He also sold the sketches, the first ones he made cost 10 cents.

Christian Dior graduated from the school in 1928 and opened a tiny art gallery. In this gallery, he was selling artworks chosen by Pablo Picasso. The gallery ran only for three years until the family’s fertilizer business closed. The gallery was very much financed from the family money, and at the time of Great Depression, it became less successful, therefore could not support the art gallery.

Christian Dior started to work for Robert Piguet in 1937. Robert Piguet was a fashion designer; he let Dior design several of collections. Dior later in life stated that he learned a lot from Piguet and this experience was essential to him. He had the opportunity to work with Balmain and Bohan while working for Piguet. He left Piguet a few years later to join the army.

Dior had the military duties until 1960. After this, he continued to pursue the career in fashion, by working in the Lelong fashion house. He worked there alongside Balmain. During the World War II Dior designed dresses. Those dresses were intended mainly for the wives of Nazi militarists and French collaborators.

Christian Dior wanted to create his own fashion house after the War. Therefore he refused the offer from Philippe et Gaston. They offered Dior to design for their fashion house in 1946.

Dior was successful and opened his own fashion house in 1946, with the support of Boussac. The first clothing line “Corolle” was released very soon – the next year, in 1947. His designs were different from those designed before. He used more fabric, and focused on shapes, silhouettes, instead of conserving them as during World War II. He achieved the curves and volume with padding and corsets.

At first, his designs were met with criticism, as it was unusual and new after the War. Later the design of Dior gained recognition and played a part in turning Paris into the fashion capital of the world.

Christian Dior has won several prizes, awards and has been nominated for many more for the work in fashion. He is also very much recognised in other artworks – theatre, novels, songs, and movies. Very soon after his death, in 1958, he was mentioned in a play by Paul Gallico “Mrs. Arris Goes to Paris.” More recent, a fragrance by Dior has appeared in one of Haruki Murakami’s novels. The most recently created artworks, where Dior is mentioned, are by Kanye West. He has mentioned Christian Dior in four songs in total, the latest in 2010.

Even though Christian Dior lived a relatively short life, he is recognised and remembered up to this day.