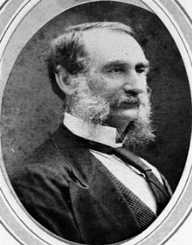 Thomas Lodge was born c. 1558 in London, England. His father, Sir Thomas Lodge, was the Lord Mayor of London. Lodge was the younger of two children, with an older brother.

Lodge ignored his parents' wishes, and he decided on a career in literature. From 1579 to 1584, he wrote several proses, mostly in answer to papers written by Stephen Gosson.

After 1587, he supposedly wrote several plays, but no evidence exists to support it.

In 1591, Lodge traveled with Thomas Cavendish. They voyaged to the Straits of Magellan and Brazil, and he returned in 1593.

During his later years, Lodge became religious. As a result, he converted to Catholicism. Besides his religious conversion, he also began to practice medicine. In 1600, Lodge attained his medical degree. Similarly, his degree as a medical doctor was earned two years later from Oxford.

In the early 1600s, Catholics were persecuted, so Lodge left England to escape the trouble. He wrote a letter in 1610 to the English ambassador based in Paris. Likewise, there is also a record of him being abroad in 1616.

Lodge only wrote a few dramatic works. These consisted of several plays in the late 1500s. Titles include A Looking Glass for London and England and The Wound of Civil War.

He published several books, including the Life and Death of William Longbeard in 1593, which was very successful.

Lodge also wrote poetry. Consequently, he released a book of poems in 1589.

After Lodge earned his medical degree, his writing took on a more serious tone. He translated Josephus and Seneca, and he wrote a Treatise of the Plague in 1603.

Lodge married Joan c. 1583, and the couple had a daughter, Mary.

He then married a widow named Jane.