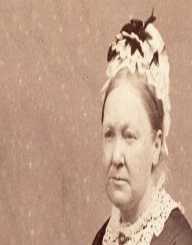 Catherine Helen Spence was born on October 31st, in 1825. She was a famed Australian author-journalist, politician, teacher, Georgist and a leading suffragist. She stands as one of the Greatest Australian Women. Politically, she earned the recognition for being the first woman to contest for the Federal Convention in 1897.

Catherine Helen Spence was born on October 31st, 1825. Her place of birth was in Melrose, Scotland. She was the fifth born child of David S. and Helen (Brodie) Spence. Her father worked as a lawyer and that she was the first town clerk for Adelaide city.

Later on, in 1839, her family relocated to South Australia due to financial difficulties that suddenly affected them. Life was however tricky here, and Spence faced some problems adapting at first. The family later shifted to Adelaide

Catherine Helen Spence was initially attracted to journalism as she had an exceptional writing talent right from a tender age. With time, she began making publications thanks to family connections that she relied on. She made early publications on The South Australian. Around this time, Spence operated as a governess for notable families in Adelaide. She was paid on an hourly basis at the price of sixpence every hour.

For many years, Spence also offered her correspondence services for one of the local papers called The Argus. She was using her brother’s name as her pseudonym. When the telegraph was discovered she published her first work named Clara Morison: A Tale of South Australia During the Gold Fever. At first, the work was not accepted, and therefore she had to look for other means of publication. John Taylor, her friend, recommended her to J W Parker and Son which saw her work publicized in 1854.

Two years later Catherine Helen Spence released Tender and True which performed well as compared to her first novel. It did not take time before she released her third piece. It was published under different names in Australia and England. In Australia, it was titled Uphill Work whereas in England it was dubbed Mr. Hogarth's Will. Her third work was released in 1861. Spence released other works later on, but some of them went unpublished such as Gathered In and Handfasted. Both works were later published in 1977 and 1984 respectively.

A Week In the Future came in 1888. Her final work was titled A Last Word. Unfortunately, her last piece went unrecognized as it got lost.

Regardless of the fact that Catherine Helen Spence never wedded she strongly pushed for improving the lives of families more so women and their children. This also formed the basis of her writing. Spence was socially appreciated for having raised orphaned children from three families. She was also among the co-founders of the Boarding-out Society. This was an organization which helped in raising poor or orphaned children.

Catherine Helen Spence received two proposals for her hand in marriage, but she rejected them. Thus, she was never married during her lifetime.

Catherine Helen Spence passed away on April 3rd, in 1910. She was 84 years old when she died.