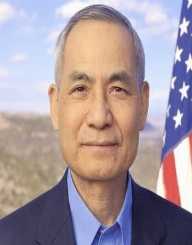 Wen Ho Lee is a former nuclear scientist who was dismissed and arrested as a suspect on espionage charges.

Wen Ho Lee was born in Taiwan on December 21, 1939. He was born when China was under Japanese occupation. His father died in his childhood years. His mother killed herself later when he was barely a youth. Lee’s brother died in a military training school.

He went to school in Taiwan. Lee got his secondary education at Keelung High School. He then enrolled for a degree course at the National Cheng Kung University. In 1963, he graduated from the college with a Science degree majoring in Mechanical Engineering.

In 1965, Lee enrolled at the Texas A&M University for a Master program. He completed the second degree and did his Doctorate program. In 1969, Lee earned his doctorate degree in Mechanical Engineering. He worked in various firms in the US for a while.

After living in the US for 10 years, Lee became a naturalized US citizen in 1974. He is married to fellow scientist Sylvia. The couple has two children, a daughter called Alberta and a son Tse Chung.

In 1978, he was employed by the US government and moved to New Mexico. Lee worked as a middle-level scientist at the weapons design department of the Los Alamos National Laboratory from 1978 to 1999. The US government built the nuclear weapon laboratory during WW2 to facilitate the creation of America’s nuclear arsenal.

Lee was seconded to the X division. The department designed all the nuclear warheads and other related bombs. Lee was in charge of scientific simulation to determine the level of security risks involved in a blast.

In 1995, Lee was the US Central Intelligence Agency or CIA, accused Lee of leaking classified nuclear material to the Chinese authorities. The CIA had intercepted a Chinese with information on the W-88. W-88 was a thermonuclear warhead designed for combat by the US submarine vessels. The information was over 7 years old. The CIA was concerned about the leaking of information that constituted a breach of security. The Federal Bureau of Investigation or FBI was contacted. The FBI traced the origin of the information back to Los Alamos.

In May 1996, the FBI opened their investigation into the spying allegations. Out of the 12 people with access to the information, the police investigating agents singled out Lee. Lee had attended a summit in Hong Kong in 1988, the time when the information is said to have been leaked out. Despite being the prime suspect in an espionage investigation, Lee still worked at Los Alamos. The US Energy Secretary called for his sacking and arrest. Lee was sacked by the Energy Secretary Bill Richardson in March 1999, nine months before his retirement for reasons other than the espionage.

On December 10, 1999, Lee was arrested. The FBI presented a charge containing 59 counts of mishandling classified information. They had scaled down from the espionage suspicion. On the first hearing, Lee was denied bail. He was kept in solitary jail until 2000. In August 2000, Judge James Parker granted Lee bail set at USD 1 Million. New evidence surfaced during the start of the second hearing. The prosecution witness FBI agent Robert Messemer confirmed that he lied in court about Lee’s contact with the Chinese authorities.

The FBI retrieved the charge sheet and scaled down the counts. The prosecution dropped 58 charges and presented one. Lee pleaded guilty to the charge and was sentenced for the period corresponding to the confinement period. The top officials of the Clinton administration retreated. The president offered an apology to Lee on how the entire case was handled.

The defense team stated that Lee was a target of racial profiling. They claimed that out of the twelve workers, only Lee was ethnic Chinese. They said the FBI case crumbled for lack of evidence since they targeted Lee as a Chinese.

The Lee case brought out a serious angle of how the security agents profile suspects according to race. Lee was an example of racism. The US Attorney General Janet Reno and Energy Secretary Bill Richardson were at the front in calling for Lee’s arrest. Lee's acquittal embarrassed the Clinton administration

Even after Lee was acquitted of the charges, the FBI did not open another investigation on the eleven workers. The entire case was forgotten. This reiterated the defense lawyers’ earlier claim that Lee was just a victim of racial discrimination.