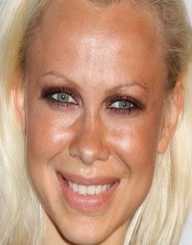 Champion ice-skater Oksana Baiul was born Oksana Sergeyevna Baiul to Marina and Sergei Baiul in Dnepropetrovsk, Ukraine, USSR. Her mother was Jewish, but she was raised in the Ukrainian Orthodox church. She began ice skating at a young age, and by the age of seven, she won her first competition. After the divorce of her parents when she was two years old, her maternal grandparents helped raise Baiul. When she was ten, her grandparents died within a year of one another in the late 1980s. Three years later, Baiul’s mother unexpectedly of ovarian cancer.

After the death of her mother, Oksana Baiul had her basic financial needs met by the government as she concentrated on her figure skating training. The government also supplied accommodation in dorms, although she had inherited the family apartment she had lived in with her mother and grandparents. After the collapse of the USSR, the Ukrainian Figure Skating Federation encouraged her talent. She was coached by Stanislav Koretek (1983-1992) and Valentin Nikolayev (1992-1994).

Relocating to Connecticut in the United States after the 1994 Winter Olympics, Oksana Baiul was signed to the William Morris Talent Agency. She has toured extensively including a trip to the UK with the Nutcracker On Ice Tour. She has also appeared frequently on television and in benefit skating concerts as well as more than 900 live performances worldwide.

Oksana Baiul has published two books about her life Secrets of Skating: Oksana Baiul and Oksana, My Own Story. Her life story was featured in the Emmy nominated film A Promise Kept: The Oksana Baiul Story. In 1996 she launched a jewellery line and in 2002, a clothing line, the Oksana Baiul Collection.

Barbara Walters named Oksana Baiul as One of the 10 Most Fascinating Personalities of 1994. She is a recipient of the Ukrainian Chevaliers of the Order of Merit and was also awarded the Jim Thorpe Pro Sports Inspirational Icon Award.

In early 1997 Oksana Baiul was involved in a motor accident, driving while intoxicated. She completed an alcohol education programme but her alcoholism was not cured, and in May 1997, she spent a couple of months in alcohol rehabilitation which helped her conquer her problem. In 2003, Baiul tracked down her biological father, and they met up. It was only then that she was able to establish that her maternal grandmother had been Jewish. She married Carlo Farina in early 2015.