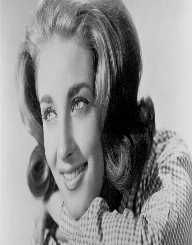 Lesley Sue Goldstein was born 2nd May 1946, to Leo Goldstein and Ronny Gore. She was born in Brooklyn, New York, in the United States. Gore’s father owned a company that manufactured children’s clothing, called, Peter Pan.

In 1963, Lesley Sue Goldstein was still in high school when she recorded her first song, It’s My Party. The song because a number-one hit across America, selling more than one million copies. It became a gold record.

A string of hits followed, including, Judy’s Turn to Cry, She’s a Fool, and You Don’t Own Me.

Lesley Gore also began acting in movies, including Ski Party (1965), and The Girls on the Beach (1965). As well as acting, she sang in the movies, with further record successes.

As she came to terms with her success over the next couple of years, Gore was also attending Sarah Lawrence College, where she studied British and American English Literature. She graduated in 1968.

During this period, from 1963 to 1968, Lesley Gore was signed to Mercury Records. They extended her contract for another year, but Gore was unable to reproduce the earlier success she had known, and Mercury finished her contract.

In 1970 she signed a contract with Crewe Records, but none of her releases made it into the charts.

Lesley Gore wrote songs with her brother, Michael, for the film Fame, released in 1980. Throughout the 1980s and 1990s, she continued to tour and appear on television.

She was in 16 movies, 10 of which were documentaries. Lesley Gore also appeared in almost 50 television shows. There were several, like The Michael Douglas Show, where she made regular guest appearances over a period of several years.

In 2005, Lesley Gore announced she was gay and had been in a long-term relationship with Lois Sasson, a high-end jewelry designer. At the time of her death, they had been a couple for 33 years.

Lesley Gore was still working when she died of lung cancer on 16th February 2015.