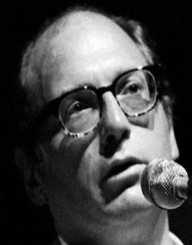 American novelist Oscar Hijuelos was born on the 24 August 1951 in New York City to Cuban immigrant parents, Pascual Hijuelos and Magdalena Torrens. He had a brother, Jose. Hijuelos was raised in Manhattan.

Around the age of five, he was taken to Cuba on a family trip where he fell ill and had to spend twelve months recovering in a Connecticut hospital. Up until the time in the hospital, Hijuelos spoke mainly Spanish, and he later said that the year spent in Connecticut changed his attitude towards Spanish and also speaking English.

After high school graduation, Oscar Hijuelos earned a BA (1975), followed by an MA in Creatrive Writing (1976) from the City College of New York.

Oscar Hijuelos began his working life in advertising and marketing before he decided to become a full-time writer. Hijuelos' debut novel, Our House in the Last World (1983) which covered Hispanic life in the United States was well received.

Oscar Hijuelos then published The Mambo Kings Play Songs of Love (1989) which was a success, becoming a bestseller and making Hijuelos the first Hispanic to win the 1990 Pulitzer Prize for fiction. The success of the novel led to the book being widely translated, a film being made and musically staged.

Antonio Banderas and Armand Assante starred in the film, playing two Cuban brothers attempting to make their fortune in New York City. Other publications include the Fourteen Sisters of Emilio Montez O'Brien (1993), Mr. Ives’s Christmas (1995), Empress of the Splendid Season (2002) and Dark Dude (2008).

His memoir Thoughts Without Cigarettes was published in 2011. Apart from his writing, Hijuelos lectured at Hofstra University and was also a member of the Department of English at Duke University.

Other awards include the Pulitzer Prize for The Mambo Kings Play Songs of Love (1989), the Hispanic Heritage Award for Literature (2000) and the Luis Leal Award for Distinction in Chicano Latino Literature (2003).

Oscar Hijuelos was married twice. An early marriage ended in divorce and in1998; he married the writer and editor, Lori Marie Carlson. Oscar Hijuelos died of a heart attack on the 12th October 2013.