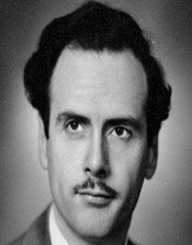 Herbert Marshall McLuhan was a Canadian citizen. He was a professor, philosopher and a celebrity. His works were significant for the study of mass media.

Herbert Marshall McLuhan was born on July 21, 1911, to the couple Elsie Naomi (nee Hall) and Herbert Ernest McLuhan, both Canadian citizens. He was born in Edmonton, Alberta. His father was into real-estate business and mother was a school teacher turned actress.

During WWI, his father joined the Canadian Army and got a release from the army in 1915. The family shifted to Winnipeg, Manitoba.

Marshall spent his school days in Winnipeg studying at Kelvin Technical School. He joined the University of Manitoba in 1928.

Marshall McLuhan pursued his engineering for one year but changed his course of studies to obtain his BA in 1933. He achieved a Gold Medal in Arts and Sciences. He continued his studies in English to get an MA from the University of Manitoba in 1934. Marshall secured a bachelor degree from the University of Cambridge in 1936.

He accepted a teaching project at the University of Wisconsin-Madison during the year 1936-37 since he did not find a job in Canada.

During his days in the Cambridge, he studied the writings of G.K. Chesterton and embraced Roman Catholicism. Marshall devoted his time during 1937 to 1944 in teaching English at the Saint Louis University.

Marshall McLuhan got his Master’s degree in 1940. He registered for his doctoral degree to work on Thomas Nashe (greatest of English Elizabethan pamphleteers) and the career opportunities and career development for disadvantageous citizens (verbal arts). He obtained his Ph.D. in 1943. He continued his teaching assignments in many universities.

In 1950, Marshall conducted seminars on Communication and Culture at the University of Toronto with the financial assistance from Ford Foundation. The University established a Centre for Culture and Technology in 1963.

He published his book Mechanical Bride in 1950 and later with Edmund Carpenter established a periodical ‘Explorations.’ Marshall also guided the Ph.D. dissertation of Sheila Watson.

In The Mechanical Bride and Understanding Media: The Extensions of Man, McLuhan has dealt extensively with communication media and other mass media.

In association with an anthropologist Edmund “Ted” Carpenter, McLuhan started publishing a journal entitled Explorations with the financial backing from Ford Foundation. The project was on a communication project.

In his book in 1962, The Gutenberg Galaxy, Marshall McLuhan wrote some articles. He continued to publish books on communication. He had foreseen the World Wide Web as early as 1962.

Reviews were critical both far and against Marshall’s theories.

Marshall McLuhan befriended with Corinne Lewis in St. Louis. She was a teacher and an upcoming actress from FortWorth, Texas. They married in August 1939. The couple had six children: Eric, Mary, and Teresa (twins), Stephanie, Elizabeth, and Michael. The maintenance of the large family forced Marshall to accept advertising work, public address and featured in films. He starred in the movie Annie Hall in 1977.

Marshall had a stroke in September 1979, and he was not able to speak well. He succumbed to the illness and died in his sleep on December 31, 1980.

Marshall has authored some books and periodicals on subjects of expertise.