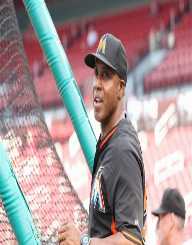 Barry Bonds was born 24th July 1964, to Bobby and Patricia Bonds. He was born in Riverside, California, United States. His father had also been a professional sportsman and played in the major league. He had a brother, Bobby Jr.

Barry Bonds studied at Junipero Serra High School in San Mateo. He was proficient in various sports including baseball, basketball, and football. In his freshman year he played on the junior varsity team, and during the rest of his time at Junipero Serra, he was on the varsity team.

In 1982 during the MLB Draft, Bonds was drafted by the Giants. The two couldn’t agree on an acceptable sum. The Giants would only go to $70,000, but Bonds wanted a minimum of $75,000, and neither would budge. Due to this, Bonds enrolled in Arizona State University instead. He graduated in 1986 with a Degree in Criminology, but he had excelled in baseball, and in 1984 was named for All-American selection by Sporting News.

Barry Bonds was drafted by the Pittsburgh Pirates in 1985. He played with the Pirates from 1986 through to 1992. He moved from the minor league to the major league in May 1986. Bonds finished sixth overall in the Rookie of the Year Awards. In March 1992, the Pirates tried to trade Barry Bonds, but his manager strongly opposed, and the Pirates kept him in the end. In 1993, Barry Bonds left the Pirates and went to the San Francisco Giants. He signed a free agent contract worth over 43 million dollars, which was a record at the time.

Barry Bonds continued to perform well throughout the 1990s and was ranked by Bill James as the best player of the 1990s. In 2002, Barry Bonds signed again with the Giants, for a contract with a value of 90 million dollars. Bonds was with the San Francisco Giants until the end of the 2007 season. Although wanting to play elsewhere, none of the other teams came forward to sign him.

Barry Bonds made the news several times for the wrong reasons. In 2003, Barry Bonds became involved with a case that suspected him of using steroids. His trainer was indicted and charged with supplying illegal steroids to several sports people. In 2007, he reported positive for amphetamines. Although players are not to be publicly named on the first positive test, the New York Daily News named Bonds.

In 2011, Barry Bonds was put under house arrest with two years of probation and 250 hours of community service. It was to do with obstruction of justice back in 2003. An appeal was lodged. The conviction was upheld, but later in 2015, the conviction was overturned. In 2015, Barry Bonds took the Major League Baseball to the court through the Player’s Union. He believed the League had colluded against him so that he would not be re-signed by another club. The case was ruled in favor of the MLB.

Jeff Pearlman, a writer for Sports Illustrated, released a biography on Bonds in 2006. It was called, Love Me, Hate Me: Barry Bonds and the Making of an Anti-Hero. Barry Bonds was not interviewed for the book.

A reality television show called Barry Bonds on Bonds starting airing in April 2006, but after several episodes had been aired, the show was canceled. The producers of the show, ESPN, said they could not agree on creative control with Bonds.

At the time of his retirement, Barry Bonds held 17 records, including the most home runs in a career, and walks in a single season. He received many awards, including the Babe Ruth Home Run Award in 2001, and he was also the Major League Player of the Year on four occasions.

Barry Bonds married Susann Branco in February 1988. The couple has two children, Nikolai and Shikari. They divorced in 1994. The divorce became a newsworthy item, as the pair had signed a prenuptial agreement stating that Branco waived all rights to a share in his present and future earnings. The courts found in Barry Bonds’ favor. He was awarded both houses, and his child support payments were reduced from $20,000 per month. From 1994 to 2003, Barry Bonds was in a relationship with Kimberly Bell, but they didn’t marry.

Barry Bonds married for the second time in January 1998. His wife-to-be was Liz Watson. They had a daughter, Aisha, together. Watson filed for a legal separation in June 2009, which was withdrawn shortly after that. The couple was reconciled, but it only lasted seven months. The couple divorced, but did so privately, without taking the case to court.