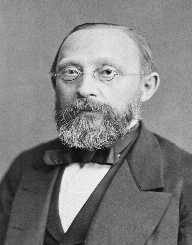 Ferdinand Cohn is famously known as the person who created the field of bacteriology and microbiology.

Ferdinand Julius Cohn was born on 24 January 1828, in a Jewish ghetto in Breslau, Silesia, Prussia; presently Wroclaw, Poland. He was the oldest child of Issak and Amalie Cohn and had two younger brothers. Ferdinand Cohn was considered a child prodigy, although he regretted losing his childhood to studying.

At a tender age of four, Ferdinand Cohn began his training at home. In 1835, the seven-year-old went to Maria Magdalena Gymnasium, where he excelled until his hearing became impaired when he was ten. After suffering from hearing impairment, Ferdinand Cohn managed to be admitted into the University of Breslau when he was sixteen. Initially a philosophy student, Ferdinand Cohn changed to botany under the encouragement of Heinrich Goppert. As he was Jewish, the University did not allow him the final degree examinations.

Ferdinand Cohn moved to the University of Berlin, which was more liberal, in 1846 He gained his doctoral degree at the age of nineteen a year later.

Ferdinand Cohn worked as a lecturer while researching unicellular algae at the University of Breslau in 1849. He focused on algae as he believed that studying it will gain insight into cellular structures of more complex organisms. On the request of his mentor Heinrich Goppert, Ferdinand aimed to find out more about the structures of cryptogamous plants in the country. Ferdinand Cohn father Issak bought him a microscope made by Simon Plöss, it was a powerful tool that most universities, include Breslau, did not have. Ferdinand Cohn used it to help him study how plant cells propagate. He published in 1855 about the sexuality of Sphaeroplea annuli and Volvox globator, five years later he did plant physiology. He was made an extraordinary professor of botany in 1859, and the next year he published another paper on a contractile tissue of plants.He concluded that contractility was not only seen in animal tissue.

In 1865, Ferdinand Cohn studied phototropism in microorganisms, establishing a new Institute for Plant Physiology. Two years after he started a new field, Ferdinand found that red algae was unique and concluded that it would have been one of the first living things on earth. He also tried to reclassify plants and algae.

Ferdinand Cohn set his sights on understanding bacteria morphology in 1868, he classified into four groups and six genera and noted that biochemical characters were famous as well. His classification method remains in use in identifying bacteria. Ferdinand Cohn created  Beiträge zur Biologie der Pflanzen journal in 1870; it was to publish findings of his Institute of Plant Physiology. The translation of the journal is Contributions to the Biology of Plants. Two years later, he added bacteriology into the menu. Ferdinand Cohn was made professor in 1872 by the University. His work continued until he met Robert Koch in 1876, the pair found anthrax and wrote his treatise on Bacillus subtilis. Drawing on their work, Ferdinand worked with

Tyndall to find that some bacteria had a spore stage. The discovery leads to Tyndallization, a method that provided discontinuous heating to bacteria and spores. Ferdinand Cohn worked until his death in 1898 and had published over 150 research papers on plants and bacteria. Ferdinand was a pioneer of separating bacteria from factories, moving microorganism study into a new era.

Ferdinand Cohn married Pauline Reichenbach in 1867; the couple had no children. He died on 25 June 1898, in Breslau, Silesia; by then it was known as Wroc?aw, Poland.