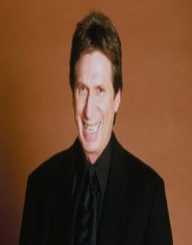 Comedian David Norris Brenner was born on the 4 February 1936 in Philadelphia, Pennsylvania, Brenner’s mother was Estelle Anne Rosenfeld, and his father was Louis Brenner. At one time Louis had been a comedian and vaudeville artist but stopped because his Rabbi father objected. David said in his writings that his father was the funniest man he ever met, a natural comedian.

David Norris Brenner spent two years in the US Army. Initially, he was in the 101st Airborne Division. Later, he was part of the 595th Signal Corps.

David Norris Brenner was involved in write and producing many television documentaries. A lot of the documentaries covered depressing subjects.

David Norris Brenner graduated from Temple University with a major in communication.

In the early 1980s, David Norris Brenner was in partnership with Charisse Brody. They had one child, Cole Jay (1982). A custody battle followed, which Brenner won. In February 2000, he married Elizabeth Slater. The couple had two sons, Slade and Wyatt. Again after his divorce from Slater, Brenner fought for custody of his children, and yet he won.

Brenner was engaged to Tai Babilonia. Then in 2011, he married Ruth.

His father was a Rabbi, and David Norris Brenner was brought up in the Jewish faith.

Brenner’s first job in comedy was in June 1969 at the Improv in New York City. Later a talent scout for The Tonight Show talent watched his routine at a venue in Greenwich Village and wrote a scathing review. The insult only egged Brenner on and made him determined to appear on The Tonight Show. He started going to auditions and watching closely to see what wanted regarding guests and appearances on the show. Finally, in January 1971, he achieved his goal of appearing on The Tonight Show. His routine went well, and job offers resulted.

It was his significant breakthrough, and David Norris Brenner later admitted that it had turned his life around. Over the course of his career, he appeared on the show 158 times. In 1986, Brenner had his late-night talk show called Nightlife, but it lasted for one season. Brenner appeared on many other shows including The David Frost Show, The Late Night Show With David Letterman and The Ed Sullivan Show and The Howard Stern Show. In 2005, he appeared himself in The Aristocrats.

His legacy will be his role in establishing observational comedy as a sub-genre of standup comedy; which paved the way for comedians such Jay Leno and Jerry Seinfeld.

In 1976 David Norris Brenner started in a television series entitled Snip. A situational comedy set in a hairdressing salon, one of the characters was gay and because of this NBC canceled the show.