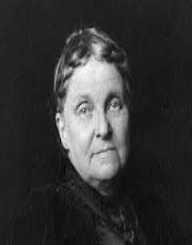 Hetty Green was famously known as being the “Witch of Wall Street,” and that is because she was a billionaire. She was notoriously cheap and vicious. Hetty Green was born Henrietta Howland Green on November 21, 1834, in New Bedford, MA. She did have a financial prowess that did make her mega money in the world of business and finance. However, it was said, she had miserly conduct that made her hard to deal with on the average.

Ever heard the term “absolute power corrupts absolutely?” Well, in the case of Hetty Green, it is indeed a bit more complex indeed. Hetty Green never knew what it was like to be poor. It was because she was born into a very wealthy Quaker family.

Even before she was born, her family had already made their fortune, and it was with whale fleeing and shipping interests. Hetty Green had a passionate fixation on money from a young age. The only brother she had died very young. Therefore, she was the sole heir to the family fortune, a burden that her father well prepared her for in advance.

Hetty Green was just one of the many characters who made an appearance in the Gilded Age. She was said to be sort of on the odd side and walked the streets dressed in black clothing as though she just has mourned the loss of a loved one.

She earned the nickname of the “Witch of Wall Street” due to this fact. Green was every inch a female financier on Wall Street who did win. She was able to take her family’s penchant for making money to all new heights never seen before.

Hetty Green’s economic story is one that is pretty straightforward. However, what isn’t as straightforward is her personal story, and that’s one that is obsessed with making money. From the time, that she was 13 years old, she was doing the accounting for the family’s business books.

At the age of 20, her father bought her some of the finest of all dresses of the season, to attract her a wealthy husband. Green took the new suits and sold them. She then bought government bonds with the proceeds from the dresses. Green had set her priorities for herself early on, and they were that of a financier.

Hetty Green was very unlike other women of her period. The women of her day were expected to be in step with their homes and families. However, this wasn’t a mold for Hetty Green, as she refused to make it her priority.

Her goals were to be a major financier, and this she did to the hilt, especially after her Aunt Sylvia Howland had died. Hetty Green had contested her aunt’s will and used a forged signature.

She had lost in court over her aunt’s estate. But she was determined to get access to it still. She tried to gain the advantage by doing something illegal, and that was to forge her aunt’s signature. She had limited interest in her family, and it showed by the things she did without feeling. For instance, the sale of the dresses, which her father her bought for her to find a wealthy suitor.

There are many rich and famous people out there that are known for being strange or weird. However, Hetty Green was no different in that respect, as she was said to be eccentric.

Hetty Green may have had handwriting that was sloppy, and her spelling wasn’t so great. But when it came to the manipulation of numbers, she knew her stuff and knowing these numbers is what made her a fortune beyond a fortune. What Hetty possessed a real talent for was increasing the numbers. She understood how to oversee substantial real estate deals and bought/sold railroads. She also made loans. She had a knack for prospering off of the misfortune or downfall of others.

She made success for herself by buying stocks that were falling and foreclosed properties. She also could hold entire banks and cities at her mercy with significant loans. Some people saw her as being a brilliant businesswoman while others have seen her as a ruthless loan shark. It all depended on who you talked to about her. She had some friends.

But Hetty Green also had enemies too. One man, who was her enemy, Collis P. Huntington referred to her as being a glorified pawnbroker. Huntington was the man who built the Central Pacific Railroad.

In Hetty Green’s time, women didn’t have many rights, and they would usually go along with their family’s requests or what not. However, when it came time for this woman to marry, she did something very unlike any other woman of her time.

She’d been raised by her father and grandfather to fend for herself and depend on no one. She did make a very unusual request from the millionaire named Edward Henry Green that she would eventually marry. The claim was that her new husband had to give up any rights to her money. Hetty Green chose to do this, because of the legal doctrine of coverture, which was in place during that time.

It meant that a husband had the right to assume all of his wife’s rights and property. It was a smart move that she did make. In 1885, Edward Henry Hetty Green became bankrupt, and they did separate when Hetty wouldn’t take responsibility for her husband’s debts.

First of all, Hetty Green speculated on the dollar and invested a good deal of her money into mortgages, real estate properties, and in railroads. She was also left additional cash by other family members.