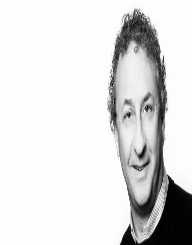 Peter Mitchell was born in Mitcham, Merton, England on September 22, 1920. He was a British chemist. In 1978, he won the Nobel Prize in Chemistry for his discovery of the chemiosmotic mechanism of ATP synthesis. His research led to the development of the field of bioenergetics.

Peter Mitchell was born on September 22, 1920, in Mitcham, England.  He was born to Christopher Gibbs Mitchell who was a civil servant and Kate Beatrice Taplin. He attended local grammar schools for his primary education. He later attended Queens College. From a young age, he loved mathematics and sciences. In 1939, he joined Jesus College in Cambridge where he studied physics, chemistry, physiology, and biochemistry. In 1942, he became a researcher in the Department of Biochemistry where he did war related research under the guidance of James Danielli.

In 1950, he became a demonstrator at the Department of Biochemistry at Cambridge. In 1951 Mitchell obtained his Ph.D. for his work on the mode of the action of penicillin. In 1955, he received an invitation from Professor Michael Swan where he was required to set up and direct a biochemical research unit in the Department of Zoology at Edinburgh University. The research unit was known as the Chemical Biology Unit. In 1961, he became Senior Lecturer at the Edinburgh University. In 1962, he was promoted to Readership. In 1963, he resigned because he was ill. He later founded Glynn Research Limited which was a charitable company together with Jennifer Moyle.

In 1964 Mitchell was appointed the director of research at the company. In the late 1960s, he started his research on chemiosmotic reactions and reaction systems. He worked really hard together with some of his colleagues. The research led to the discovery of the mechanisms of ATP synthesis. His research became the basis for understanding the real process of oxidative phosphorylation. In 1985, he retired from his post as director of Glynn Research Limited.

In 1944, he first married Eileen Rollo with whom he had a daughter. In 1954, the couple divorced. In 1958, he married his second wife, Helen Robertson. He died on April 10, 1992, due to surgery complications. Mitchell died at the age of seventy one.