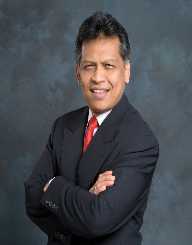 Surin Pitsuwan was born on October 28th, 1949. His place of birth was in Nakhon Si Thammarat, Thailand. He is famous for being a respectable Thai politician who has been in the political arena for several years.

Surin Pitsuwan was born on October 28th, 1949. He later went to school at Thammasat University which is located in Thailand. After that, he obtained high distinction from the Claremont McKenna College in California. He was taking political science at the college and graduated in 1972. Five years later, he adopted a career of working as a researcher for a human rights program called Human Rights Studies Program.

With a special interest in politics, Pitsuwan was elected as a member of parliament in 1986. During the same year, he landed himself to serve as the speaker’s secretary. In 1988, he earned himself a better position in the political field by being the Interior Minister’s assistant secretary. For three years beginning 1992, he went on to serve as Foreign Affairs deputy minister. In 1997, he took over as the Minister of Foreign Affairs. He served in this post until 2001. For a full year since 1999 to 2000, he was the Association of South East Asian Nations – ASEAN - chairman.

Besides being active in politics, Pitsuwan also lectured at Thammasat University. Additionally, he was a writer for one of the newspapers in Bangkok. In 1983, Pitsuwanworked as a Congressional Fellow in the U.S. Congress. He served in this post until 1984. Around this period, he tutored International Relations at the American University which is situated in Washington D.C. Pitsuwan has also been part of The Asia Foundation’s board of trustees since 2003.