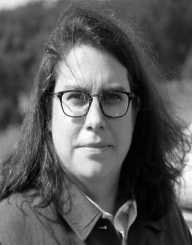 Barbara Deming was a well-known American author, feminist and an active social worker. She was a firm believer in the ideal of non-violence and strived to use it to bring about reform itself in the society.

Barbara Deming was deeply inspired by the life and works of Mahatma Gandhi and realized that Satyagraha was the way her life had always been.

Barbara Deming was born on July 23, 1920, in New York City, USA. Her star sign was Leo. She was the daughter of the famous lawyer Harold Deming and singer Kathleen Deming. She had three brothers – named Macdonald, Quentin, and Angus.

Due to her parents’ religious faith, she went to a Quaker school for her early education. She, however, was of a revolutionary mindset and liked to break the rules.

At 16 years of age, she started dating her mother’s friend. Her name was Norma, and this relationship was only the beginning of Barbara’s numerous sexual encounters with women. More details of her early life are not available.

Throughout high school, Barbara Deming went to a Quakers school. She went to the Bennington College in Vermont in 1938. Three years later, she earned her Master’s degree.

Barbara Deming was interested in performing arts right from her early college days. Naturally, she started working at a theatre in New York City. Her first job was as a stage manager.

While at college she directed several plays during the years 1938 to 39 and wrote poetry. In 1942, she got an opportunity to work at the Museum of Modern Arts in New York. Her job as an analyst for the library of Congress film project, developed in her an interest both for the stage plays as well as for the films.

Barbara Deming also became an editor for her childhood friend to explore a different career path.

As a freelance writer

In 1945, Barbara Deming switched careers and became a writer.

She began doing freelance film reviews, wrote essays and poems which were published in famous magazines like the New Yorker and the Hudson Review.

Barbara Deming was also fond of writing short stories, books, and poems but most of her early work remained unpublished till she became famous.

In 1971, Barbara Deming wrote The Pollution & Equilibrium, which was published by Grossman Publishers.

Ten years later, Deming had become famous as a feminist as well as a well-known author. Major publishers published many of her earlier stories in the 1980s.

Barbara Deming was an active worker for women’s rights. She founded the Money for Women fund to support and promote the struggling feminist artists. The organization is now called the Barbara Deming Memorial fund to remember her.

Barbara Deming had several affairs throughout her career – all of them with women. In 1940 she dated Vidar Ginsberg who was a student at the Bennington College.

This relationship lasted eight years. Ginsberg had fallen in love with Deming’s brother, and they got married with her blessings.

In 1954, Barbara Deming started dating a woman named Mary. She also dated the artist Marie Claire for a short period.

She was profoundly influenced by the writings of Mahatma Gandhi and followed the path of Satyagraha.

The effects of this accident stayed with her throughout her life and had a significant impact on her health in later life, thus indirectly causing her death years later.