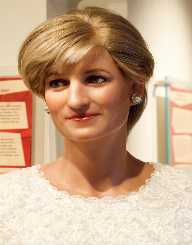 Princess Diana aka Lady Di was famously known as the Prince of Wales when she wedded Prince Charles. She became the first wife of Prince of Wales. Charles Phillip George is still regarded as the most treasured member of The Royal Family. Diana presented herself in an outspoken and controversial manner. According to a royal contributor, Sarah Grimwood defines Princess as a person who had a fervent spirit to lead. She also became a world icon of her extreme beauty and her humanitarian work. Before fame, Diana spent his childhood living in an impoverished house.

Princess Diana lived a fascinating and balanced life. In short, she was full of life in regards to her social appearance. Nonetheless, she loved to display her intellectual thoughts by helping the needy. Throughout her royal life, Diana proved that there are still philanthropic beings within our midst. This is what led to her pseudonym name People’s Princess, Lady of Hearts among others. Her legacy and state of power gave her a chance to receive millions of photographs.

During her tenure, she was quickly identified by her beauty, compassionate and most of all a down to earth lady. Not to mention her fashion taste was up to the mark. Allow me to distinguish this beautiful soul as a People’s Princess. She might not be in our midst today, but she will forever remain in hearts of millions around the world. The Princess of Wales was one of a kind lady and influential royal blood of the 20th-century.

Diana Frances Spencer and former athlete, Frederick Lewis shared the same birth date, year and month. In short, they were first seen in the world on July 1, 1961, but Diana was born in Sandringham, United Kingdom. She was born to a British family and her father; John Spencer served as an Earl. Her notable mother, Frances had a healthy relationship with the royal family especially Queen Elizabeth II.

Diana spent her childhood living in a sizable estate named as Park House in Norfolk. She loved to play with her three elder siblings, Jane, Sarah and her younger brother Charles. One of her difficult situation in her childhood life was when her parents parted ways. At eight years old she was sent to boarding school together with her three siblings.

At school, Princess Diana excelled in arts, music, and athletics. She despised mathematics and science. She also took the time to care for the elderly and disabled. Right from her teenage life, she loved to help those in need. At 16 years old, she completed her secondary education where she moved to Switzerland. She continued to study although she wanted to drop in the middle. Her father gave her permission to come home.

At 18 years of age, Diana opted to live with her friends in a new apartment. She was quite at ease since her protective father took care of all of her needs. But she didn’t want to depend on her father for everything. It was here that she landed a job as a Kindergarten assistant as she loved children to the core.

Prince of Wales and Diana Spencer

At 16 years old, Princess Diana met with the Prince of Wales, but it was after three years that they introduced each other at a party. The rest was history as they say, but for some time they had to meet without anyone’s consent. But the public eye had a knack for everything and Diana’s life started to change. Media houses personnel began to follow her to the point of waiting for her outside her new apartment. This was her new life, and she had to embrace it. She acted as if nothing had changed in her early life. In other words, she was polite, calm and very poised.

In the mid of 1981, Prince Charles proposed to Lady Diana and she accepted with tears rolling down her eyes. This was the most significant and happy news in Britain, and the public wasn’t left behind. It was a wedding of the century. Before ringing their wedding bells, Diana went to Buckingham Palace where she was trained how to conduct herself once she became a princess. She despised her smiling nature. But making a mistake wasn’t part of her duty. The couple changed vows at St. Paul’s Cathedral in London with over 800 million attendees.

Diana as Princess of Wales

After their honeymoon, Diana came back as the first wife of Prince Charles and Princess of Wales. But she didn’t avoid the press. She was also spending much of her time alone due to Prince Charles busy schedule. She always admired her past life and friends. The couple was blessed with a son called William Arthur Philip Louise. He was named the Young Prince William who would one day become king of England after Queen Elizabeth II.

Princess Diana was delighted to have a son of her own. Although at times she had to deal with her royal responsibilities, she wanted to spend half of the time with her son. After two years, Diana was blessed with another son called Henry; Prince Harry.

The union of Prince of Wales and Princess Diana began to show some stumbling blocks. They didn’t spend more time together, and they started to despise each other. Charles turned into a cold and judicious being, but Diana calmed herself in every way. In all, The Prince of Wales was jealous of nothing else but Diana’s popularity and fame. Charles didn’t forget about his past relationship with his former girlfriend, Camilla Parker. In the mid of 1990s they called it quit in 1996.

In the course of her marriage and afterward, Princess Diana spent half of her time and power conducting various charities. She loved to visit sick children as well as speaking to foundations like Red Cross and AIDS. One of her end goals was to eliminate the use of buried bombs (landmines) in battle. The explosive is left behind after the end of the war hence causing innocent people’s lives.

Diana and her longtime friend, Dodi Fayed were traveling in Paris. They were going by car, but they noticed that the press was following them. In the process, their vehicle crashed claiming Dodi and Diana’s life. Her death shocked the whole world. Over 3 million people watched her funeral on Television.

At only 36 years of age, her biography came to an end. Gone was the hero and the messenger of hope and peace, gone was the admired leader who restored back honor in every part of the world. It was a soul that had lived in an absolute purity of word, thought and deed. She was the only avatar of simplicity, selflessness, and neutrality. Such was this peeress who shared all she had with the oppressed.