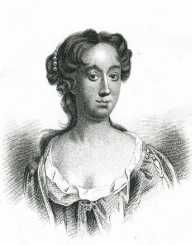 Frances Burney, also known as Fanny Burney was born on June 13, 1752, in Lynn Regis, England. Her father Dr. Charles Burney was a musician and music historian. She was the third child in a family of six children. Her brother James was an admiral and sailed with James Cook in his second and third voyages. Her youngest brother Charles Burney was a classical scholar. Her mother was a daughter of a French refugee. She died when Burney was ten years old, a loss which profoundly influenced Frances. In 1760, her father moved the family to London, which allowed them to access the culture of English society.

The move to London improved the social standing of the family. Frances Burney's father was a charming and talented musician, which allowed him to gather a circle of the artistically inclined social circle. In 1766 her father fled to marry for the second time. His new wife Elizabeth Allen was a wealthy widow. She had three children of her own. Although at first the merging of two families was overbearing, it brought the Burney children closer together.

Frances Burney did not learn the alphabet until she was eight years old. However, by the age of 10, she began to write. Her sisters Esther and Susanna, who were favored over by their father, were sent to study in Paris. Frances educated herself by reading from the family collection books. She was working very hard and had high ambitions.

Frances had a significant influence on her literary education from a family friend, the litterateur Samuel Crisp. He encouraged the young girl to write by soliciting frequent journal-letters from her about what was going on in her family and London’s social circle. She met Crisp for the first time in 1766.

Frances Burney began writing her journal in 1768, making her first entry addressed to Miss Nobody. She continued to do so for the next 72 years. She wrote these journal entries as a form of correspondence with her family and friends, telling them about the events of her life. When her father remarried, her journal entries showed that Frances had some pressure to give up writing.

Frances wrote her first manuscript The History of Caroline Evelyn when she was 15 years old, but burned it. She later recouped some of the book into her first novel Evelina, which follows the life of Caroline Evelyn’s daughter. She continued to feel improper for her writing and later edited parts of her earlier diary entries, destroying a lot of the material.

Frances Burney's first novel Evelina was published anonymously in 1778, without her father’s knowledge or permission. Thomas Lowndes read a part of the book and agreed to publish it. At the time it was unimaginable that a young lady would do something like this, and the book later caused a collision with her brother, who posed as its author. She only received 20 guineas for her work, but the book was a critical success.

Frances' father had read the reviews before finding out it was his daughter’s work, and despite the scandalous nature of her actions, he supported her. The recognition of her work also brought certain social advantages to the family.

Frances Burney's novel drew the attention of the arts patron Hester Thrale, who invited her to visit him in Streatham. Frances was shy by nature but impressed the literary and political elite she met at Thrale’s home. The warm reception of her first novel encouraged Burney to continue writing.

Frances began work on her dramatic comedy The Witlings. The play satirized London’s society, including the literary community and its pretensions. The book was not published at the time since her father felt it might offend some of the public. It only came to light in 1945, and the full version was released in 1995. Her next published book was Cecilia or Memoirs of an Heiress in 1782. She received a £250 salary for her book, which was printed in 2000 copies in the first edition. The book was reprinted twice within a year.

After the success of her books, Frances Burney was enjoying the rewards of being a successful novelist. In 1785, she traveled to the court of King George III and Queen Charlotte. The Queen offered her the post of Keeper of the Robes, with a £200 annual salary. Although she hesitated to take the job, being unmarried at the age of 34 forced her to improve her social status, and she accepted the post. Frances developed a warm relationship with the Queen and the princesses, but the position left her with little time to write.

During her years on the court, she continued to write her journals. She recounted of her life in court and the significant political events of the time. During this time she was courted by Colonel Stephen Digby, but he eventually married a woman of higher wealth. This disappointment in combination with frustrations of her office led to her declining health. In 1790 she asked to be released from the post and returned to her father’s house in Chelsea. She continued to receive an annual pension of £100 and remained close to the royal family.

In 1790, Frances Burney wrote four tragedies- Hubert de Vere, The Siege of Pevensey, Elberta and Edwy and Elgiva. Only the later was performed but was not well received, and the play was closed after just one night. When the French Revolution began in 1789, Burney was one of the English literates who sympathized with its ideals. She became acquainted with several French exiles and became close to General Alexandre D’Ardblay.

Despite D’Ardblay being poor, Catholic and with no social status, the two married in 1793. The following year she gave birth to their son Alexander. In 1796, Frances Burney published the “courtesy novel” Camilla- a story about frustrated love and impoverishment. Frances made £1000 on the novel, and again the same amount of the copyright. This allowed the young family to build a house in Westhumble.

In 1800, her sister Susanna died, which caused Frances Burney to stop writing her journal. Most of her writing was in correspondence to her sister. However, Burney resumed writing at the request of her husband. During this time Burney also wrote three comedies, but they were not published during her lifetime. These include Love and Fashion, A Busy Day and The Woman Hater.

In 1802 Frances Burney and her family moved to France since D’Arblay was offered to serve in the government of Napoleon Bonaparte. Since the war between France and England broke out, they remained in France for the next ten years. In 1810, Burney developed pain in her breast, which turned out to be breast cancer. Leading physicians treated her and in 1811 underwent a mastectomy. She was later able to describe the operation since at the time there was no anesthesia, and she was conscious.

Shortly before her father’s death, Frances Burney published The Wanderer: Or, Female Difficulties. After D’Arblay died, Frances moved to London to be closer to her son. In 1832, she released Memoirs of Doctor Burney, praising her father’s accomplishments and character. Burney died in 1840 and was buried with her husband and son in Walcot cemetery in Bath.