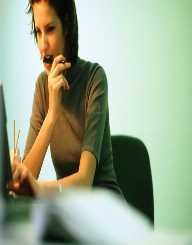 Bluma Wulfovna Zeigarnik was a psychiatrist and psychologist from the Soviet Union. Born on either on November 9, 1900, she was influential in the establishing experimental psychopathology as a different discipline in the Soviet Union during the post-World War II period. She formulated what came to be the Zeigarnik effect, which states “people remember uncompleted or interrupted tasks better than completed tasks.”

The research conducted in the 1920s proved that people remember unfinished task than successful ones. Bluma Zeigarnik was an influential member of the Vygotsky Circle and the Berlin School of experimental psychology. She worked at the Institute of Higher Nervous Activity, where she met Vygotski and became part of his circle of scientists.

While there, Bluma Zeigarnik founded the Department of Psychology and in 1983, received the Lewin Memorial Award for her works I the field of psychology.

Bluma Wulfovna Zeigarnik was born as Bluma Gerstein with her birth date considered as either October 27 or November 9, 1900. She was the only child of Lithuanian Jewish parents of and Ronya Gerstein in Prienai, Suwalki, Governorate now Lithuania.

As a child, Bluma Zeigarnik took great interest in education and regardless of everything, made it her priority spending many hours at the library. It was at the library that she met Albert Zeigarnik who she married in 1919. The couple moved to Berlin in 1922, where she enrolled at the Berlin University and Albert at the Polytechnic Institute.

This made her one of the first Russian women to have a university education. While there, she met Kurt Lewin whom she assisted in some of his works. She graduated from the University in 1925 and continued with her Doctoral degree, which she completed in 1927. Under the supervision of Kurt Lewin, she prepared a diploma in which she described the Zeigarnik effect.

In 1931, the Zeigarniks moved to Moscow. There, Bluma Zeigarnik worked at the All-Union Institute of Experimental Medicine (AUIEM, aka VIEM) with Lev Vygotsky in the 1930s. She also worked with Alexander Luria in treating head injuries during the World War II. Albert Zeigarnik was arrested in 1940, on suspicions that he was a spy for Germany.

During this time, the couple had two children, six years and a year old and with this, Bluma Zeigarnik had to cater for their children alone while Albert was held at Lubyanka prison awaiting his final punishment.

Bluma ZeigarnikZeigarnik returned to her job at AUIEM as she returned to Moscow in 1943. Zeigarnik worked there until 1950 when she lost her job due to anti-Semitism. Zeigarnik co-founded the All-Russian Seminars in Psychopathology and the Moscow State University Department of Psychology.

Bluma Gerstein married Albert Zeigarnik in 1919 and became Bluma Wulfovna Zeigarnik. The couple had two children. She died on February 24, 1988, at age 86.

BlumaZeigarnik was awarded the Lewin Memorial Award in 1983 in Leipzig at the International Congress of Psychology for her work on neuropsychology.

However, she was not allowed to travel outside the country to receive the award due to the strict rules in Russia at the time. Zeigarnik died without having a touch of the award.